Most of my readers don't live in New Zealand, so I'm going to take you on a little tiki tour of where I live. I'd love to see your local areas too - it's like travelling without the cost and inconvenience!

Last weekend, Chris and I made a rash decision to walk along the Onehunga foreshore. It doesn't sound like a crazy plan, but there was an imminent storm coming in from the west... 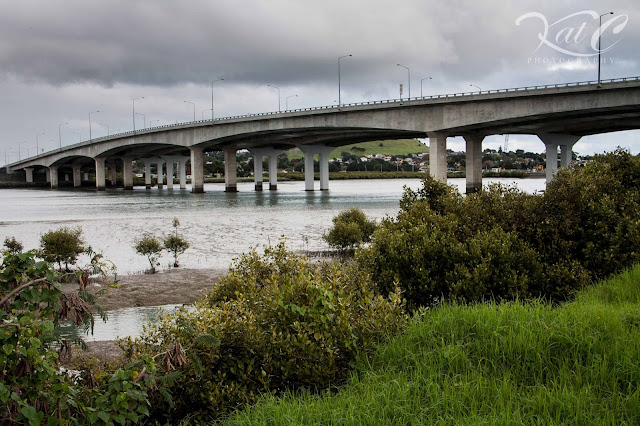 These bridges are the third and fourth Mangere Bridges, respectively. They link central Auckland to south Auckland. The first Mangere Bridge was demolished about a hundred years ago, and the second one was closed to traffic about 40 years ago. It's falling to bits, and is soon to be demolished as well. 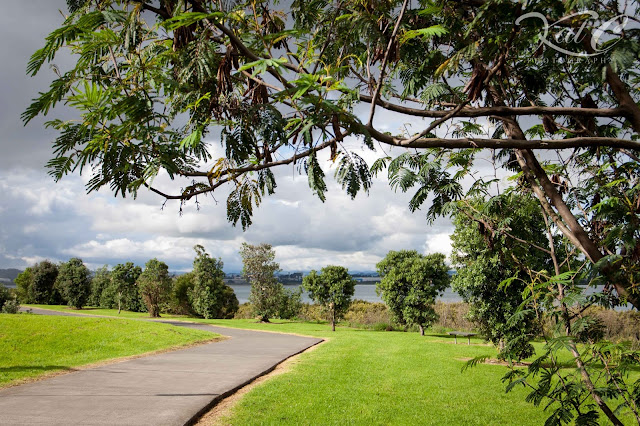 The path is really well maintained, and heavily utilised by walkers, cyclists, and dogs. 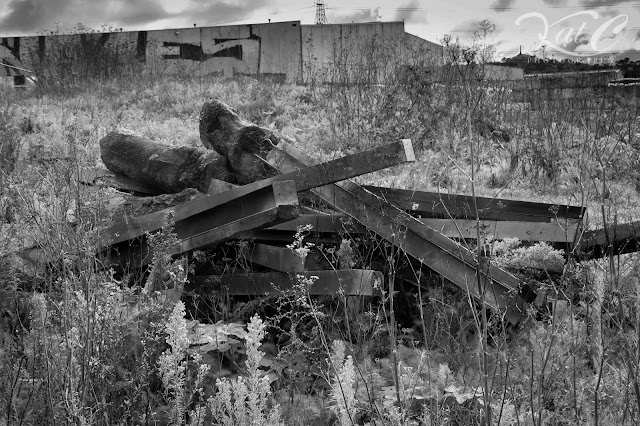 However, the bordering industrial land is grimy and unkempt. If New Zealand had snakes or predators, this is the kind of wasteland they'd live in! 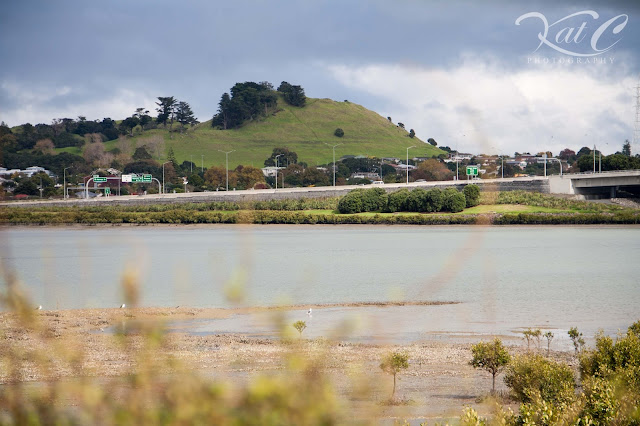 This end of the harbour is quite shallow (no access for ships). We caught it at low tide. There are loads of volcanic boulders along the shoreline, which blasted out of Mt Mangere a long time ago. 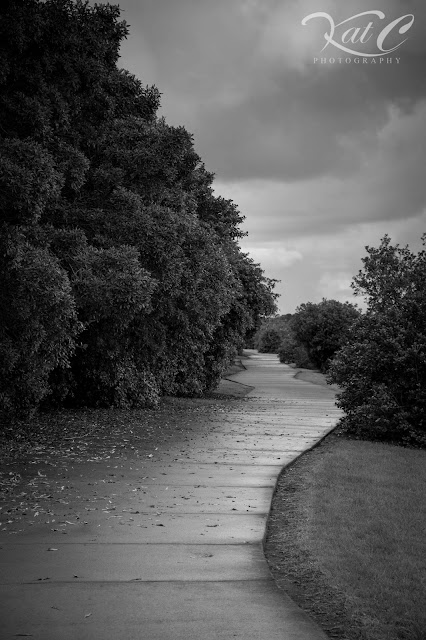 The path was already wet from overnight rains, but we carried on regardless. 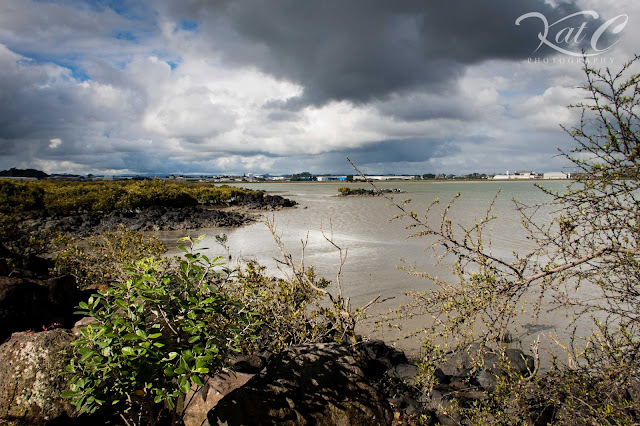 There were storms to the east as well. Manukau Harbour (at least this far in) is almost entirely surrounded by mangroves and industrial areas. Sydney Harbour it is not! 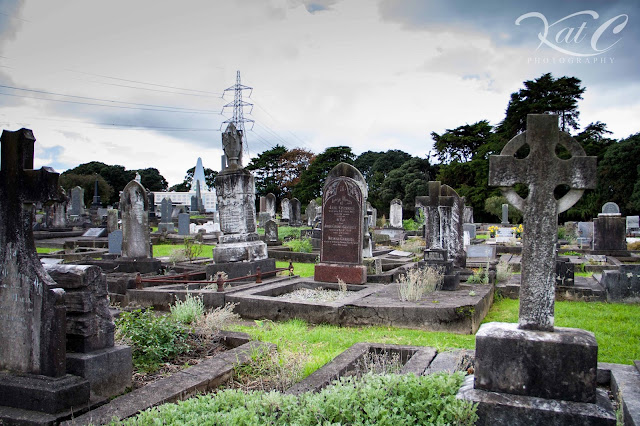 One of Auckland's older cemeteries (established 1890) is just south of Onehunga. It is built on swampy sand, so lots of the headstones are cracked and tilted. 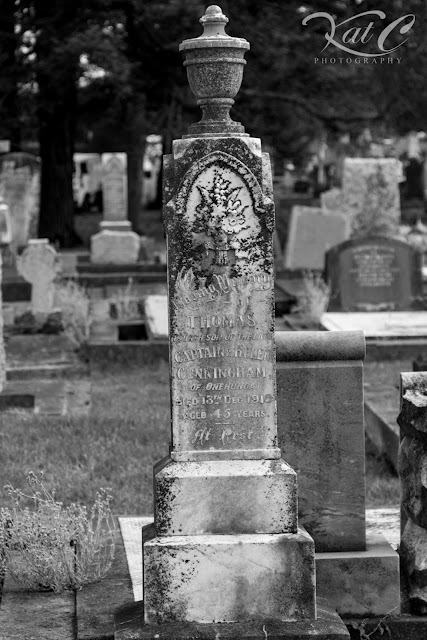 We wanted to spend more time here to learn the history of the area, but the rain became a major inconvenience. Some people might find it weird that I like to look through graveyards, but they tell us so much. If people learn something from my headstone in 100 years, I'd be pleased, not distressed. 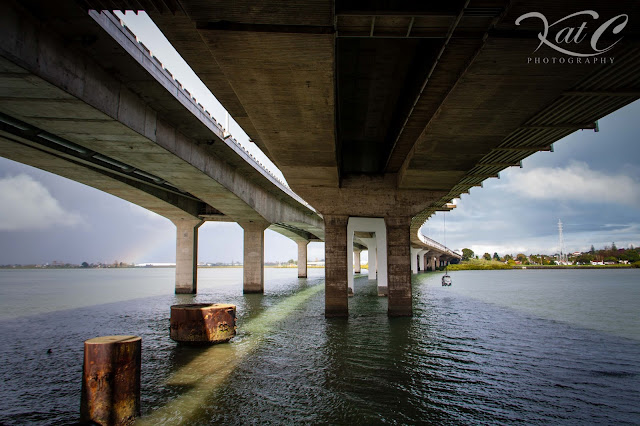 Have you discovered anything interesting in your local area (after years of living there)?
at 11:51