In case you haven't noticed, New Zealand is full of hills. 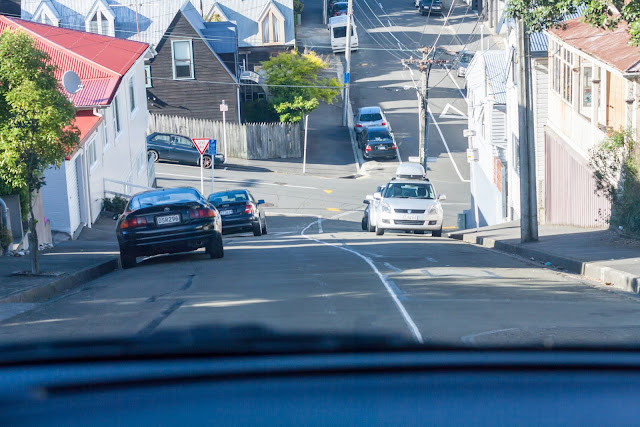 Chris's sister lives on the most insane Wellington street. As a basic physics experiment, I measured some angles from a photograph of the outside of her house. 15° gradient = about 26.8% slope, or around 1 metre height increase over 4 horizontal metres! The Council code of practice for roads (pdf) suggests a maximum of 20% grade (which is still very steep), but I doubt there were any such codes when the road was built. 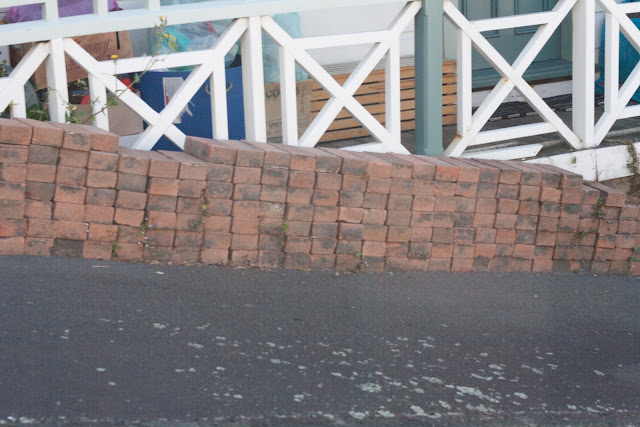 I will mention now that I have a phobia of really steep hills. I know how stupid that sounds. For years of my childhood, I had a recurring dream about having to drive up a hill that got steeper and steeper... until my car would tip off backwards and I'd wake up while I was hurtling to my death. I get a bit panicky even now. I had to close my eyes and hold onto the door when Chris drove up to the top of the street... 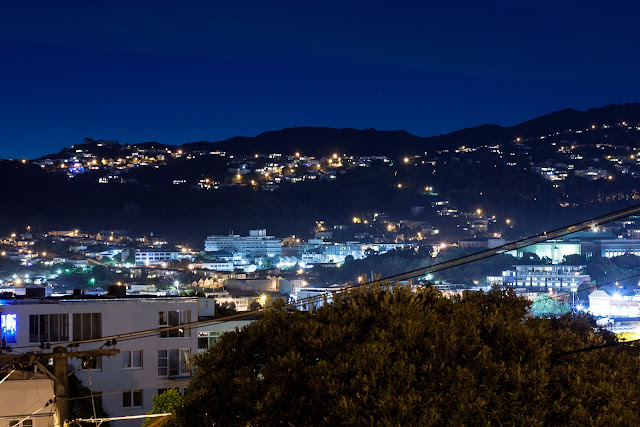 I guess hills can be pretty though. And provide interesting angles from which to look at the neighbours' spouting. 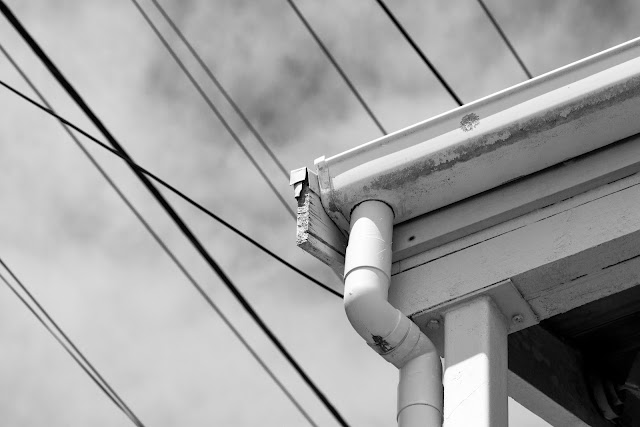 Unrelated: we went to Te Papa. There were paper birds. I was not afraid of them. 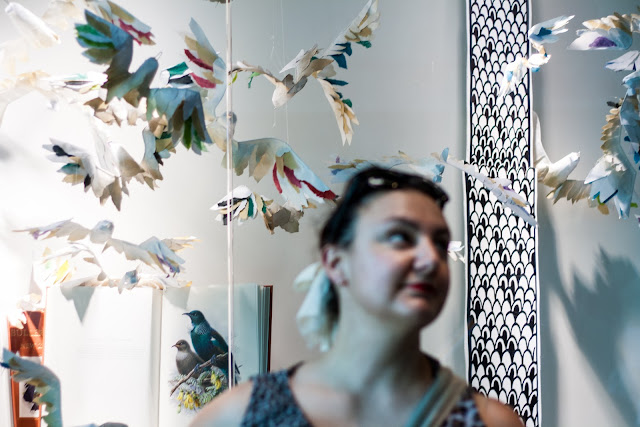