Did the title catch your attention? Photos below! 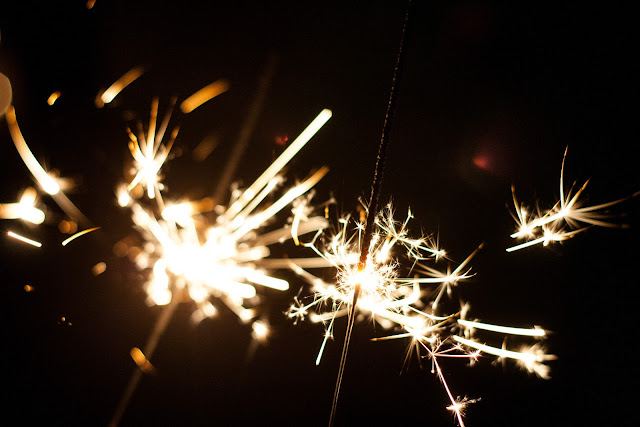 Iit's been nearly two weeks since I last posted. I've had an awful throat/chest infection, which apparently is to be expected after the radiotherapy I had a month ago. I didn't expect it though, because nobody told me to. I've really been knocked around by it - too much coughing, not enough sleeping, and generally feeling a bit crap. 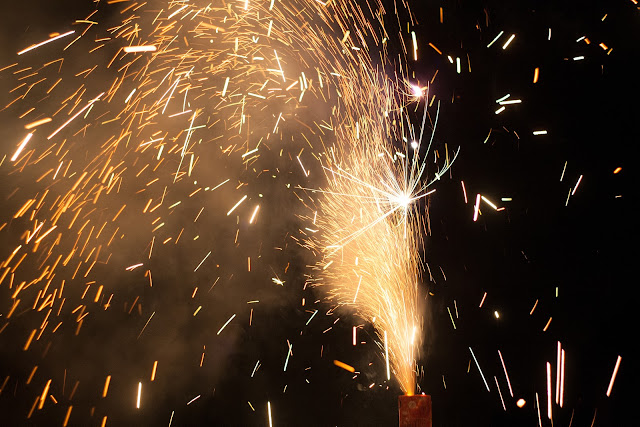 Last night was the first time I've done ANYTHING for weeks. We went to a mate's place for drinks/Guy Fawkes fireworks - some people also took it as an opportunity to dress up for Halloween... whatever floats your boat! 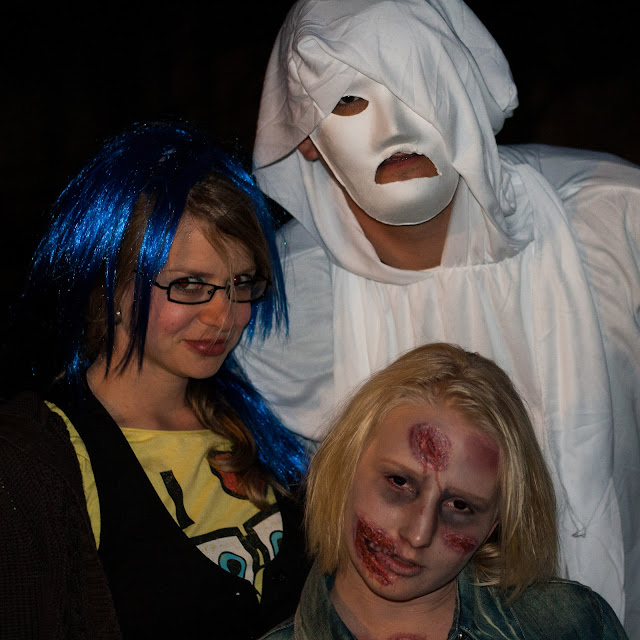 If you are wondering, the fireworks are just little ones they sell that you can use at home (fireworks are only allowed on sale here from November 2-5 each year). 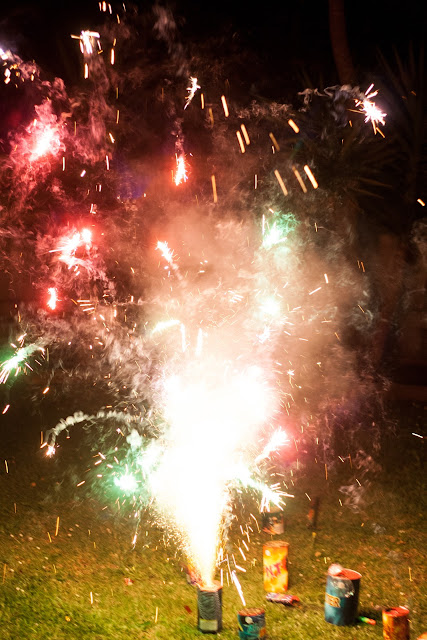 I took most of the photos at ISO 800, aperture around 2.5, and shutter speeds between 1/50s to 1/125s. Easily handheld. The results are hit and miss (you're seeing the hits!). But those settings might be a starting point if you have to opportunity to photograph some home pyrotechnics. 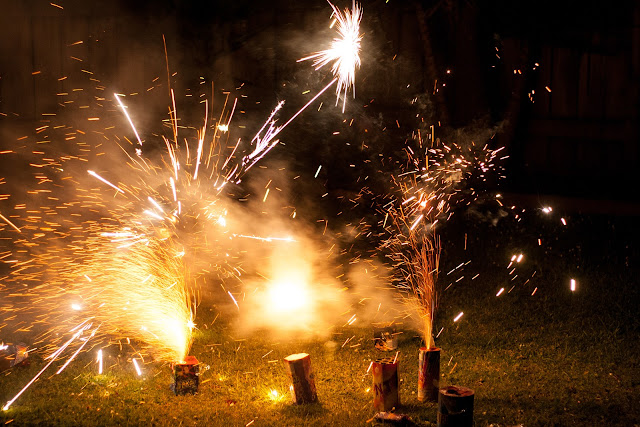