Burda 7376 and the FBA saga continues

First, an update on the 3D boob-space attempt: partial success. The size was about right, though I needed to do a second vertical dart closer to the centre of my chest.

The part that failed was the fabric. I'm SO GLAD I did a first attempt on much cheaper fabric of a similar weight (this was an ugly polyester charmeuse). Basically, a fabric so lightweight just does not cope with three bust darts on a tiny piece of material. The darts sag, wiggle, and generally don't behave.

So there were two choices - make the dress in a much sturdier fabric (like, cotton), or move to a pattern that goes with the flow of the fabric. I went for the second choice, because I really wanted to use my border-print silk!

Burda 7376 is one of the patterns I bought a few weeks back. Hint: it's not the accidental maternity pattern! 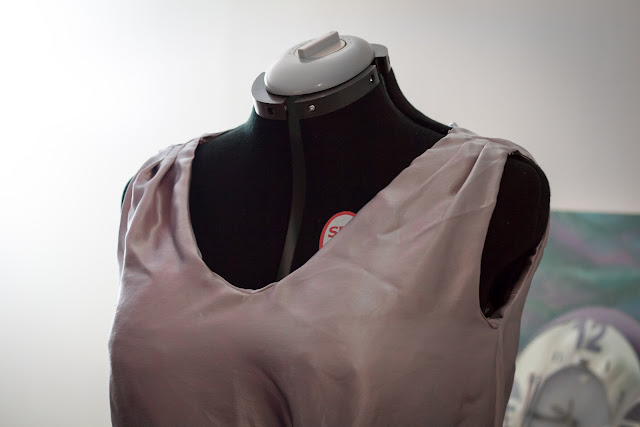 There is almost no fitting on this dress, and only a few lines of stitching aside from the side seams. It has some shoulder pleats, and some very shallow back darts that conceal the place where the ties are attached. By the way, I made my ties twice as long as the pattern pieces, and they *just* work. The top is finished with a facing (I haven't pressed or hemmed it yet, but it will just be a little rolled hem).

This pattern has no tricks. Frankly, most of you would be fine if it didn't even have instructions! It's self-explanatory. There isn't even a zip. If I hadn't sewed it in such an annoyingly finicky fabric, it would have been a one-afternoon dress. 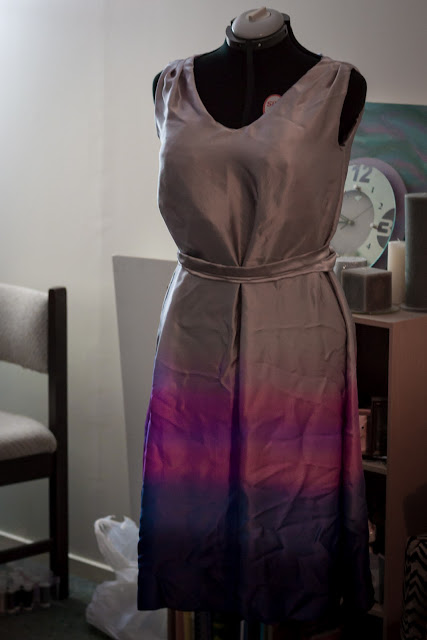 Silk charmeuse is incredibly lightweight, and frays in a terrible way. Here are my lessons (so far) on working with it:


If it's warm enough (um, in the first week of August), I plan to wear this to my uncle's wedding. And I definitely intend to take it on the Vanuatu trip - it weighs about 100g, rolls up into a tiny strip, and dries almost instantly.
at 22:47