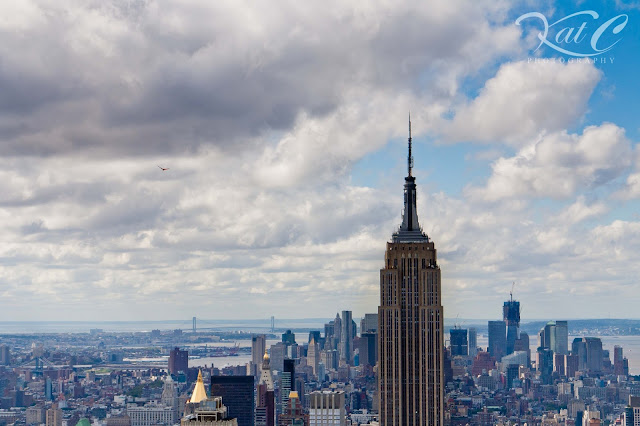 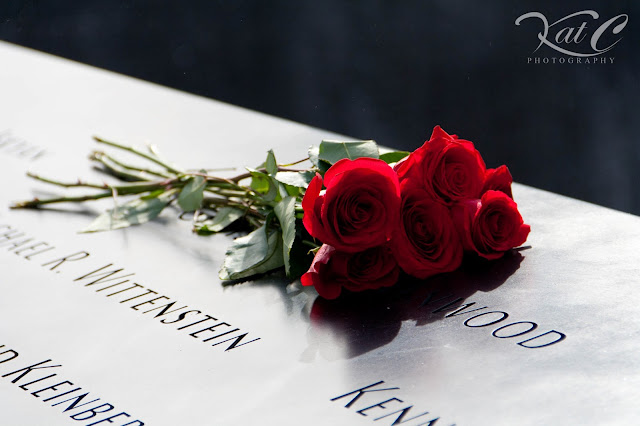 We were so fortunate to visit the 9-11 memorial just a couple of days after it opened. There were loads of beautiful images, but this one summed up the love and loss for me. 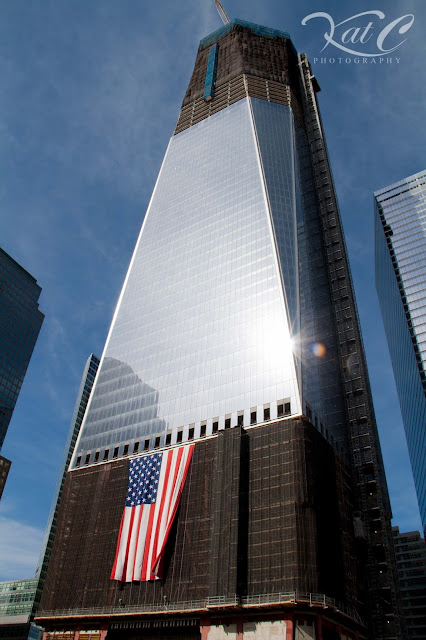 And, following that, the new World Trade Center, nearly complete. I like the perspective on this, with a little sun flare to draw attention to the flag at the bottom. It's a bit more triumphant than the photo above. 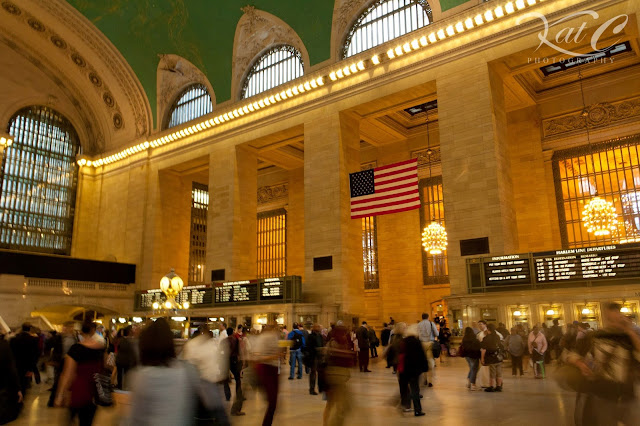 Obviously, Grand Central Station would have been greatly improved with a tripod. Though I would have been trampled in the stampede. I do like the motion blur from the people racing everywhere - this place was total chaos! 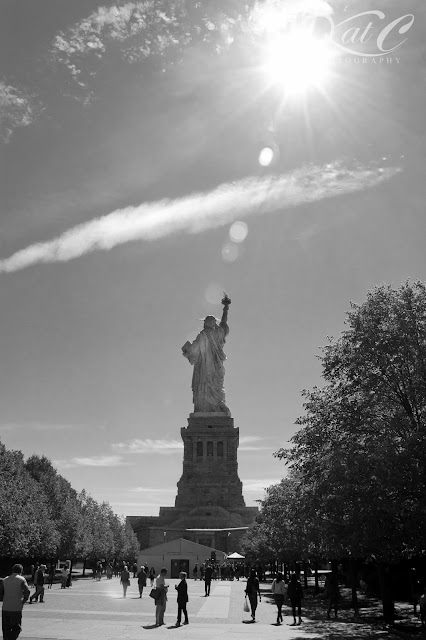 What would New York be without the Statue of Liberty? I like that I've gotten a view that is less postcardish - a few people have said that they didn't even realise that you could wander around behind the statue. I love the sunflare which appears to be either pointing to or emanating from her torch - it's what makes this picture interesting to me.
at 21:30

Email ThisBlogThis!Share to TwitterShare to FacebookShare to Pinterest
Labels: not New Zealand, photography