Chris, unexpectedly, decided we should head north on the weekend. *All* the way north. To Cape Reinga. Any further north, and we would have had to swim. 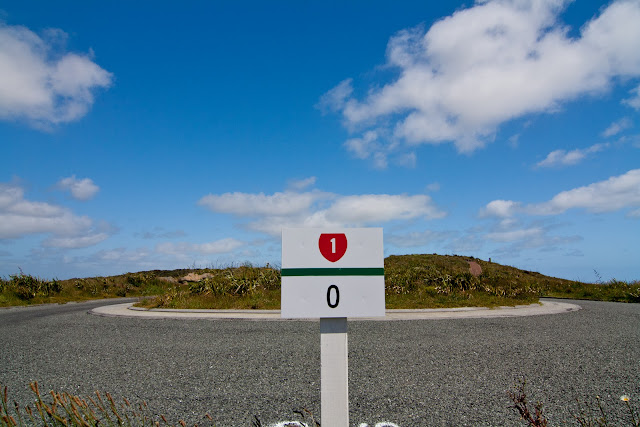 Of some significance (to me, the highways nerd) was that this is the start marker for SH1, which runs the length of both islands to south of Bluff. It's more than 2000km long. I've travelled the length of the North Island, but I'm yet to make it south of the Cook Strait. 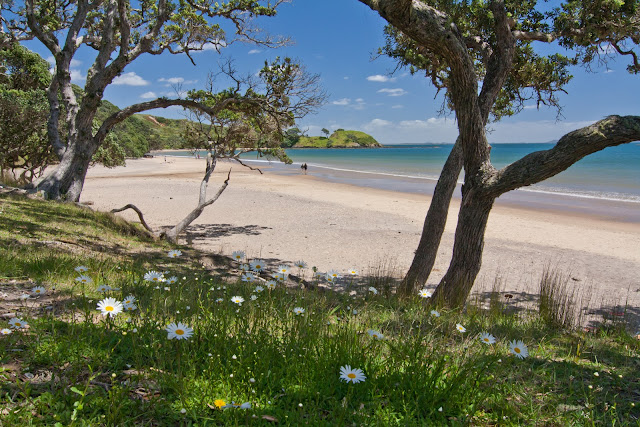 Doubtless Bay is freakin' gorgeous. It's on SH10 as you travel up the northeast coast.

Anyway, Cape Reinga is at least 6 hours north of Auckland (depends how fast you drive, and how many campervans/tourists you get stuck behind). It's of great significance to the Maori population, as it is believed to be where their spirits leave New Zealand to return to Hawaiki. 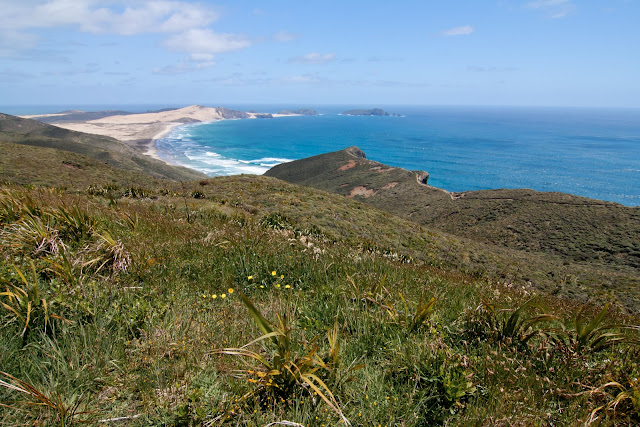 The site has had an upgrade since I first went there nine years ago. Firstly, SH1 is not gravel for the last 25km anymore (*that* was an adventure, especially combined with tour buses and single lane bridges). Secondly, they have built some lovely architectural features (even the toilets are pretty). 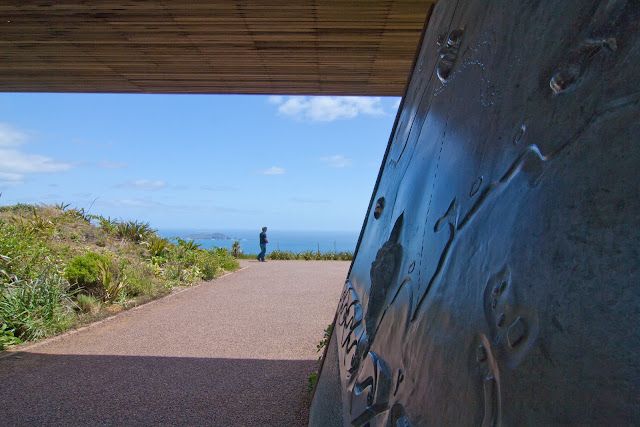 Cape Reinga is also the meeting place for the Pacific Ocean and the Tasman Sea. The swells have to be seen to be believed, but here's a photo anyway: 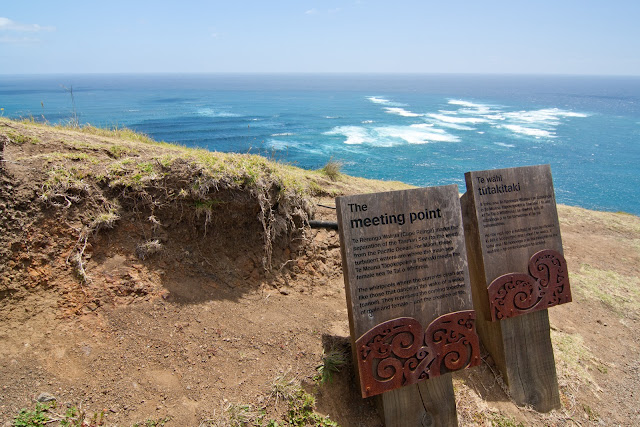 And of course, you cannot have the end of an island without both a lighthouse... 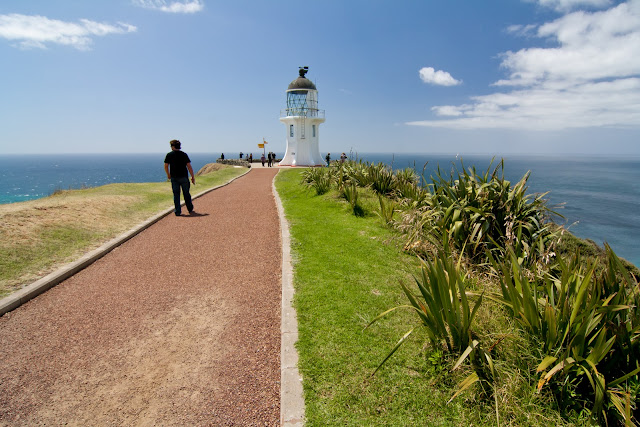 ... and a sign that tells you how far you are from the rest of the world. 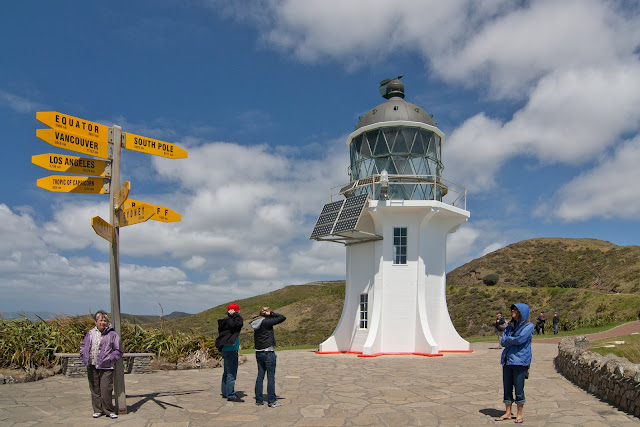 We stayed at a little town called Ahipara, which is at the south end of 90 Mile Beach. We were not brave enough to take a non-4WD along the sands - so rather boringly, we drove on SH1.

It was a beautiful place. Unfortunately Kaitaia, which is the nearest larger town, is a dump. I wouldn't recommend it to tourists. But staying on the beach nearby was worth the slightly larger investment. 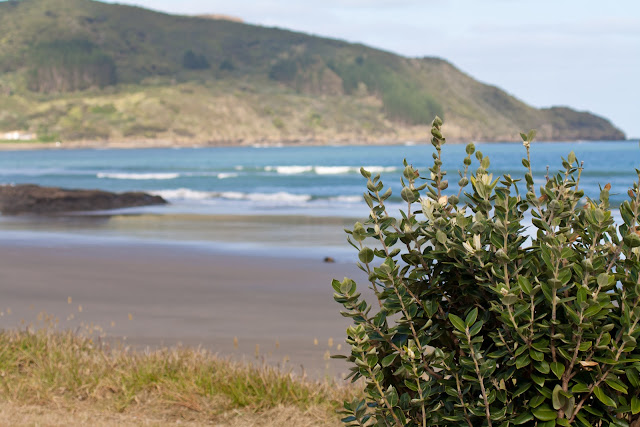 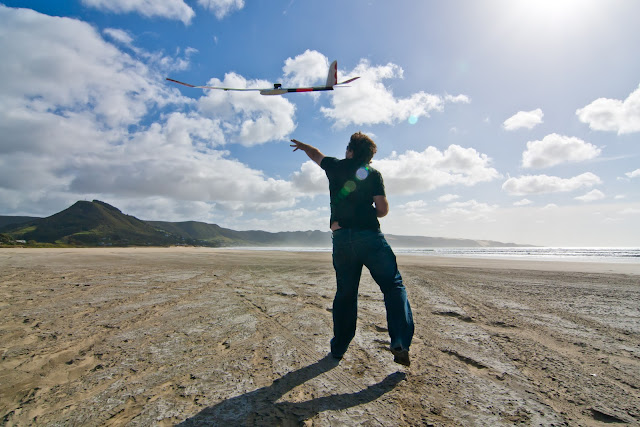 And I love these things. 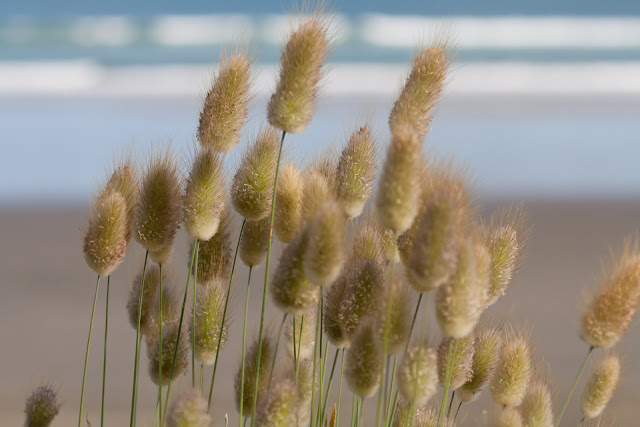 Opononi was my favourite beach on the drive back. 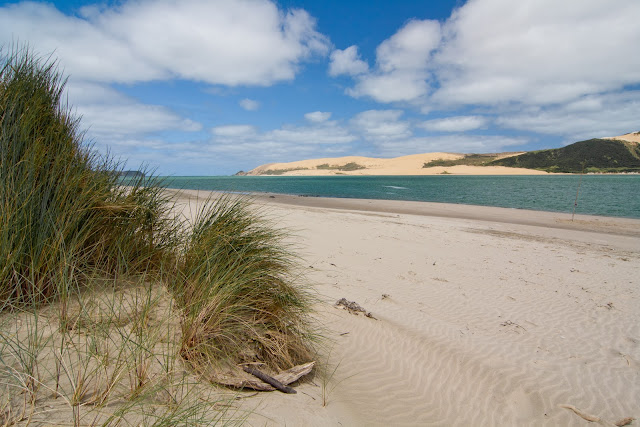 It was a lot of driving for one weekend, but it was worth it to get out of town and get some fresh air!
at 16:17