Sadly, Chris went back home from Orlando - but happily, my holiday wasn't over! Helllooooo, Kirsti!

Flying on 9-11 was, as expected (by me, Kirsti and Chris), extremely safe. There were huge numbers of air marshals at the airport and on the plane. Plus, everyone was going out of their way to be calm and friendly. I suppose those who *weren't* calm about flying on 9-11 probably stayed home.

I got to the hotel first. Note to self: Washington DC goes from Canberra-esque levels of sanitation and boringness to gangsta-movie scariness within a very small distance. I shan't go wandering on my own there again O.o

Kirsti and I had an uneventful dinner and prepared for the days of Smithsonianing ahead...

First up: the Air and Space Museum. I wondered whether it would bore me (after the Kennedy Space Center), but it was great! 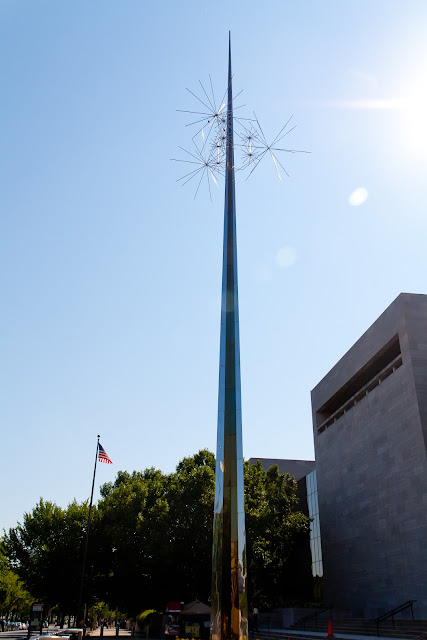 America is a nation of many monuments and statues. The Smithsonians are no exception to this rule. I rather liked this sculpture though. 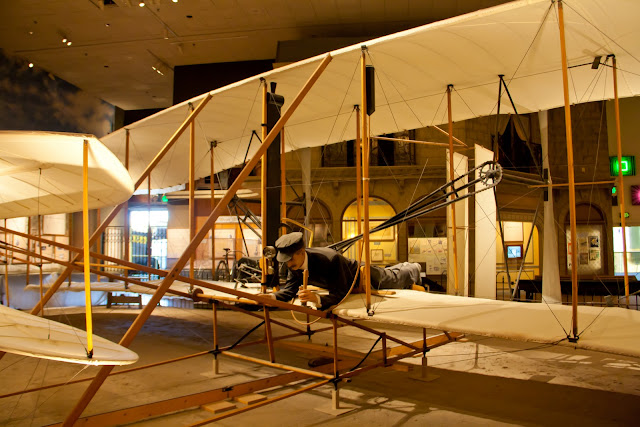 I think if Chris had been there, many more of the aeroplanes may have had meaning for me. But I only recognise the bleeding obvious. This, above, is the Wright Flyer, i.e. the first plane to make it off the ground. Looking at it, I don't know how. 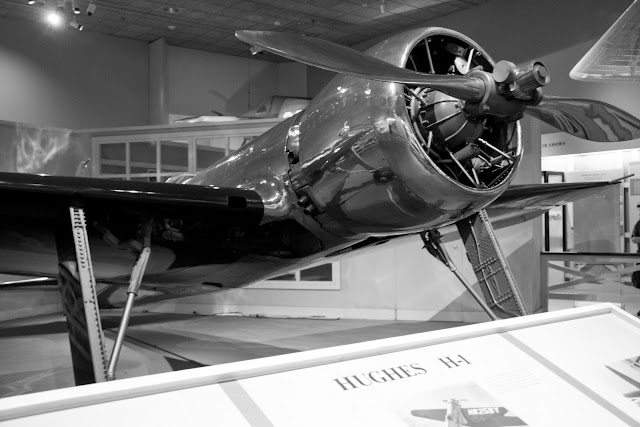 Howard Hughes always makes me think of Monty Burns. His plane was very shiny though. 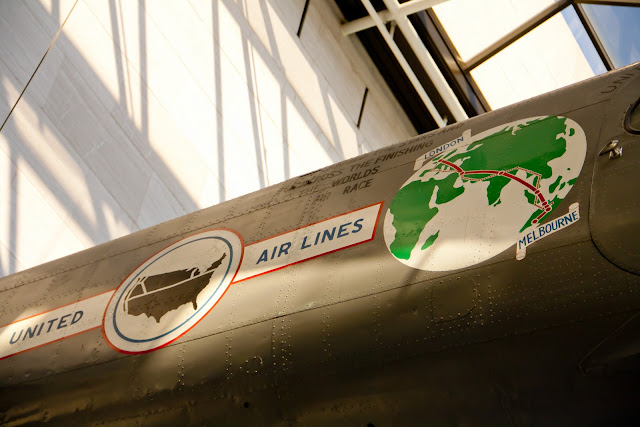 I mostly just liked the number of stops between London and Melbourne. 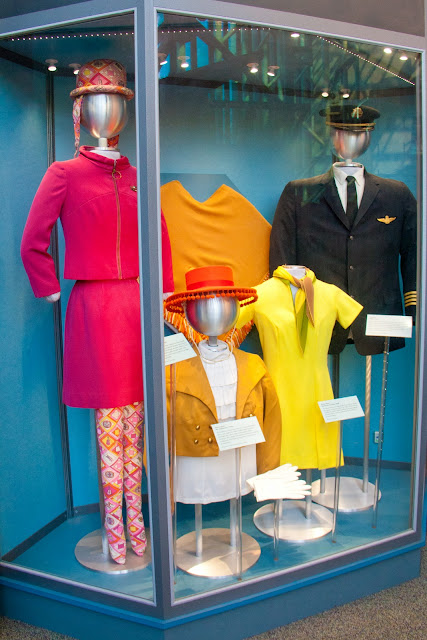 I don't meet the 1960s criteria for being a flight attendant. In particular, the rule about my looks being "one step below Hollywood". However, I *do* like their outfits. Especially the hats.

After an interlude at a highly expensive McDonalds, we moved on to the National Museum of the American Indian. It was pretty, but it was rubbish. 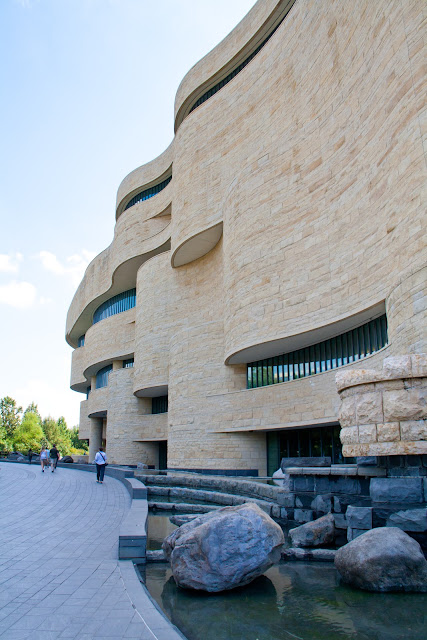 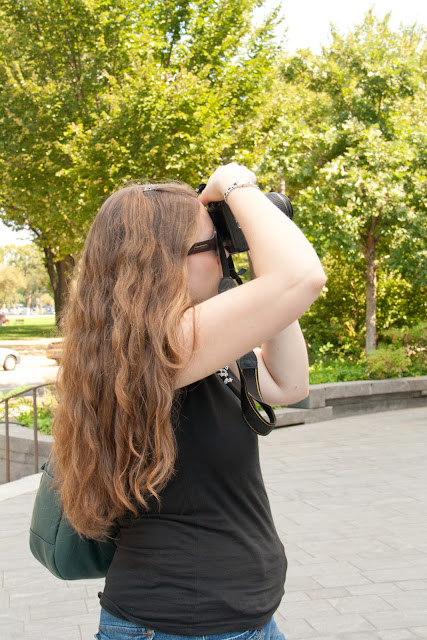 Kirsti, pre-disappointment inside the museum. 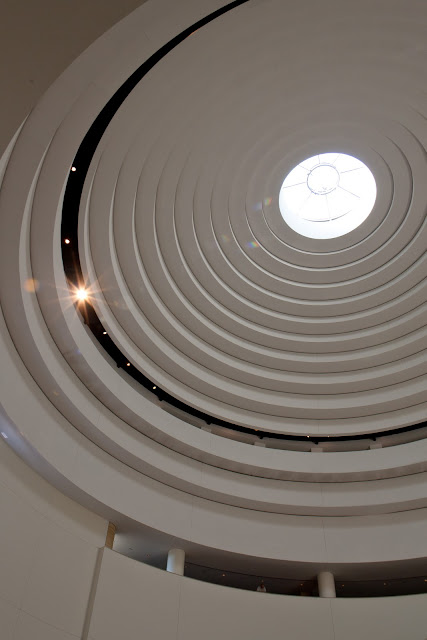 Pretty, but vacant. Literally. It had heaps of *stuff*, but no explanations. For example, there was a great big wall with gold trinkets on it. Thousands of them. But no information about why, or what they were.

There was a section that I think was about different tribes. However, it was just a collection of *stuff* (again), with video interviews with some people who presumably were tribe members. There was little to no historical information, or even descriptions of the physical items. I think I left this 'museum' knowing even less about American Indians than when I came in. Extraordinarily disappointing. 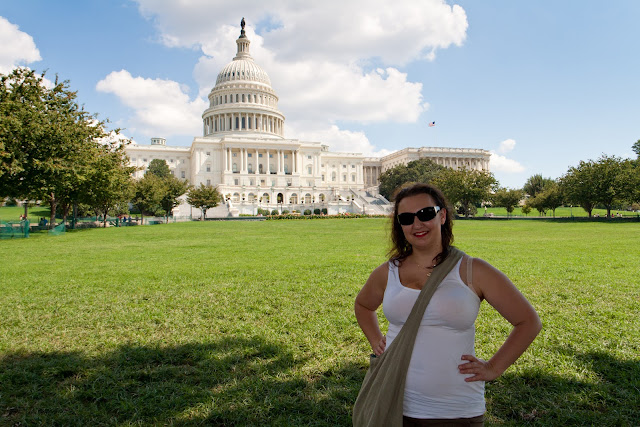 This, however, was not. The Capitol building is gorgeous. 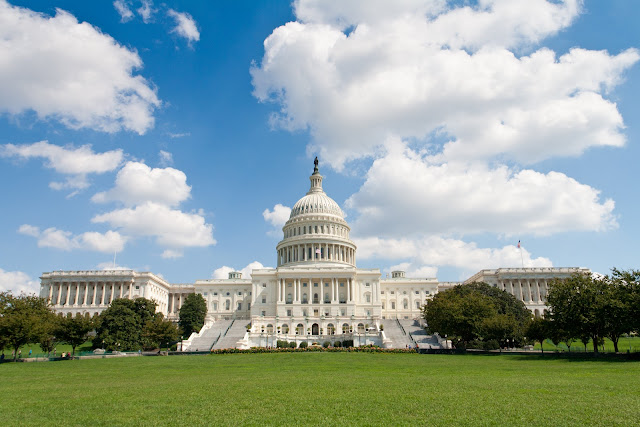 Oh, and this guy? No idea. He's protesting everything. Something about guns, and people being allowed to smoke outside. Maybe something about Jesus, too. Not surprisingly, a cop car followed him everywhere. 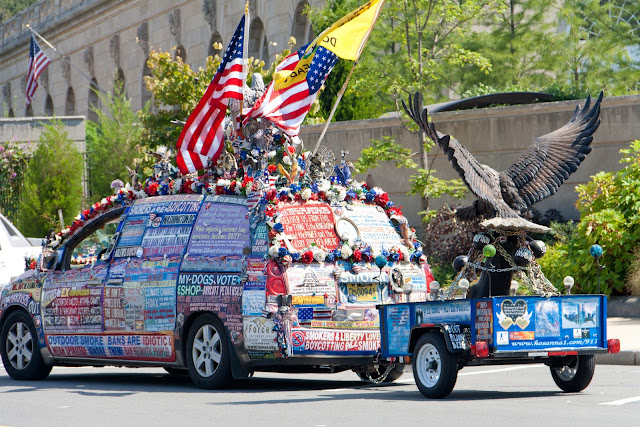 The police were running around with machine guns (literally). I was too scared to photograph them. So here is a photo of one of their means of conveyance. It's not a scooter, it's not a Segway. But I dare you to laugh at the cop riding one... 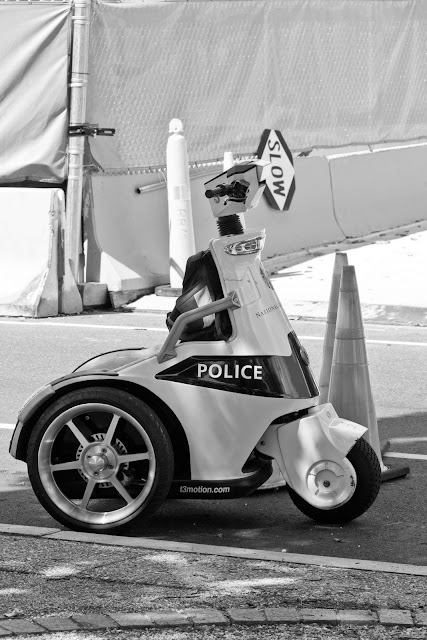 Here is a tree sculpture, for no particular reason: 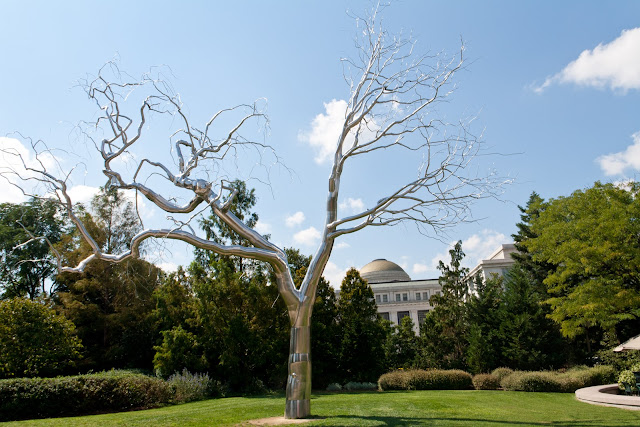 And here is the Natural History Museum: 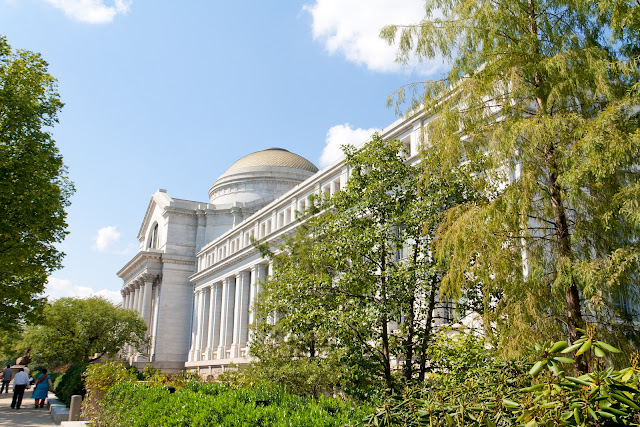 Please, enjoy the fennec fox as much as Kirsti and I did! 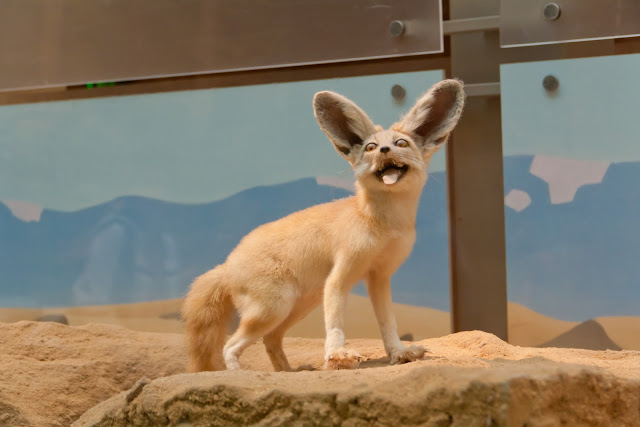 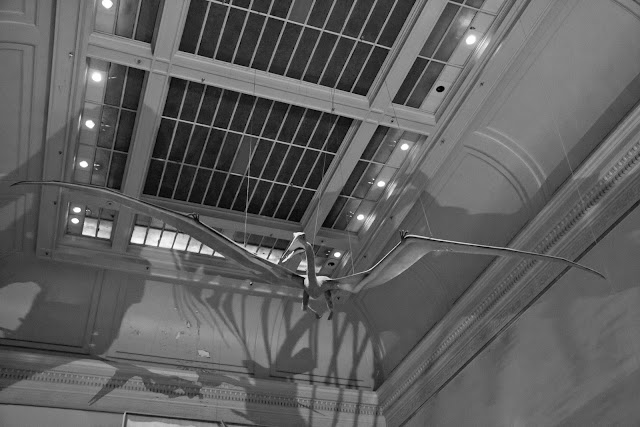 Elephant running away (is it just me, or do most natural history museums look similar inside?): 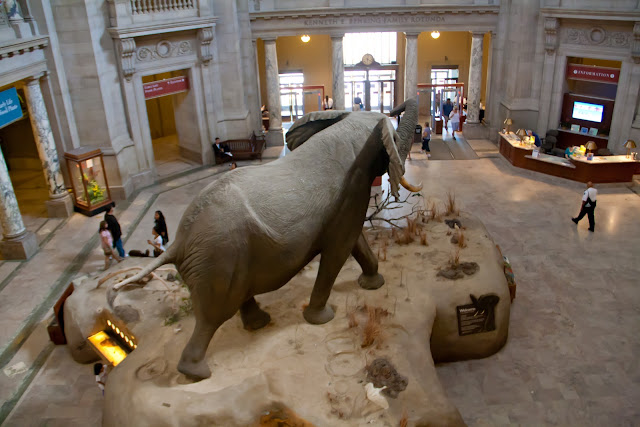 The Hope Diamond. My photo could not do it justice... 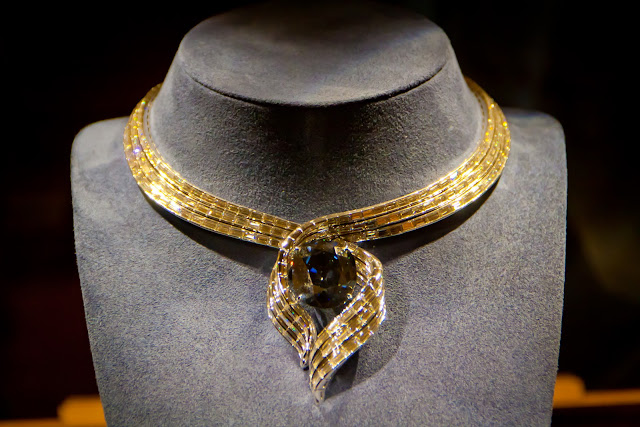 And, as always, we stopped by a pharmacy for some junk food. Verdict? Peach rings, good. Dove chocolate, tastes too much like pink. Pretzel M&Ms? GREATEST FOOD OF ALL TIME. I shall continue to seek these out forever. I wish they were sold here! 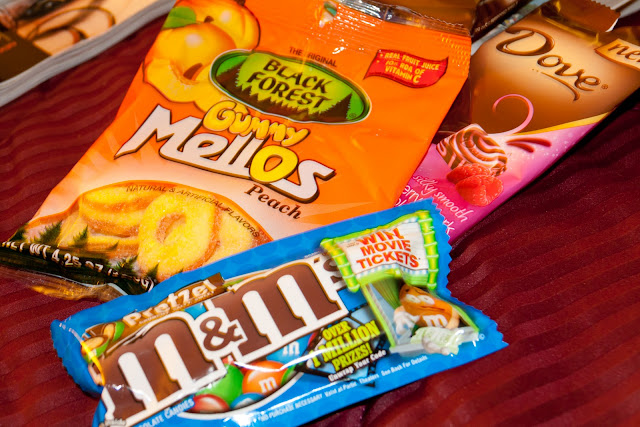