And also the hottest place I've ever been, bar none. Makes Thailand seem mild! 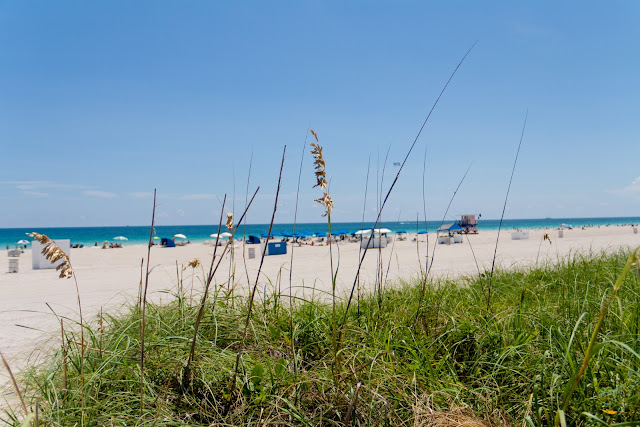 Wow, it was a long drive. Though not really one that required GPS, as it turns out. The instructions were literally "Turn right out of driveway." "Travel 52 miles east on Route 192 and turn right onto I-95." "Travel 172 miles south on I-95." 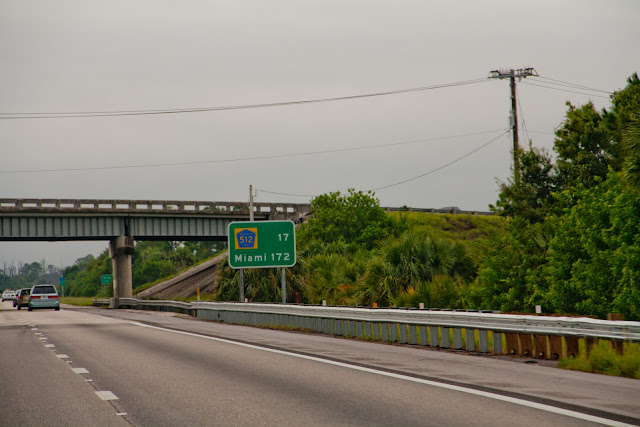 We did, of course, have our super-cool Dodge Challenger. Though by 'super-cool', I mostly just mean big and red. 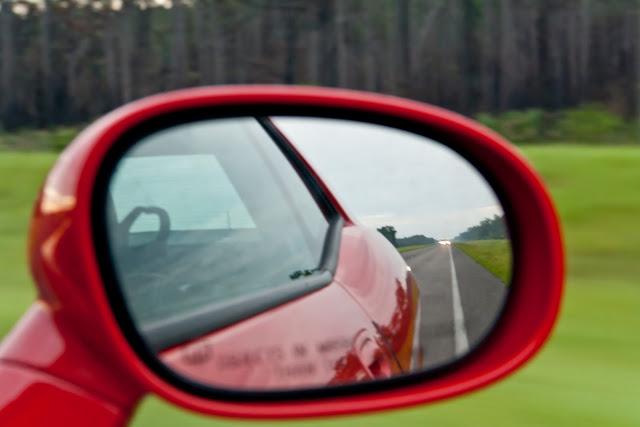 We did eventually arrive. Chris was a bit freaked out by the insane drivers. Speed limits are barely even a guideline, and road rules seem to be non-existent. So we drove like nannas in the slow lane, albeit nannas travelling at 80mph in a 70mph zone. 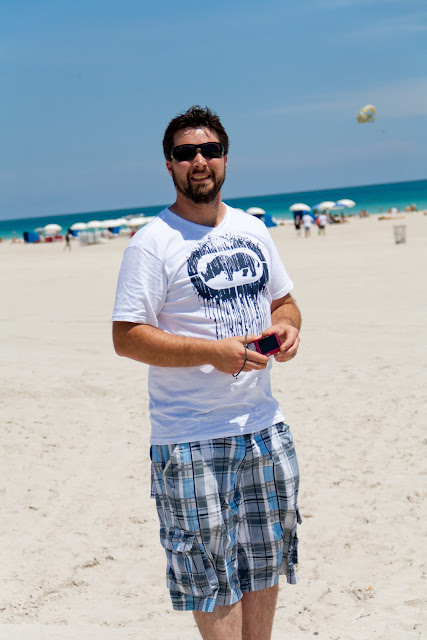 And crazy stuff like pink Cadillacs! We stayed in South Beach, which was madness. I didn't see a single woman without fake bits (boobs, lips, etc). The men were hilarious, cruising up and down in their (mostly rented) Porsche convertibles, or giant Humvees. Highly entertaining. 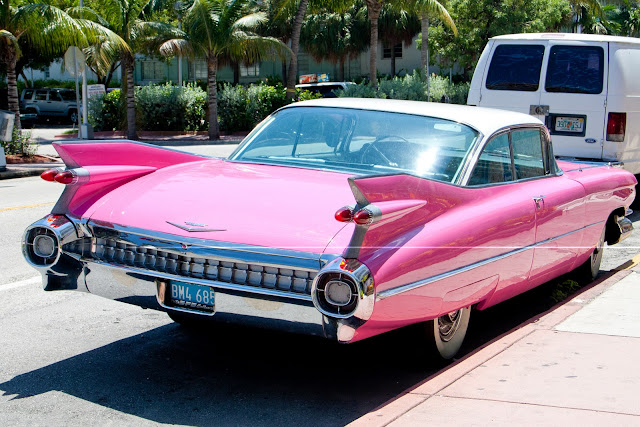 I was desperate for a swim in the Atlantic! I've swam in all kinds of other oceans and seas... the Pacific, Indian, Tasman, Southern, Andaman, etc. Ocean swimming is my favourite. Now I can tick off another major ocean! 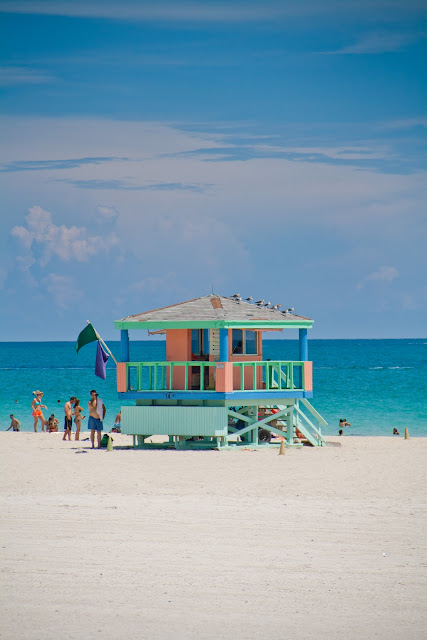 Postcard perfect. Chris was keeping an eye out for Horatio, but we didn't spot him. Red-haired people would be okay here, despite the sunshine. It's amazing how little you get burnt without a hovering hole in the ozone layer... 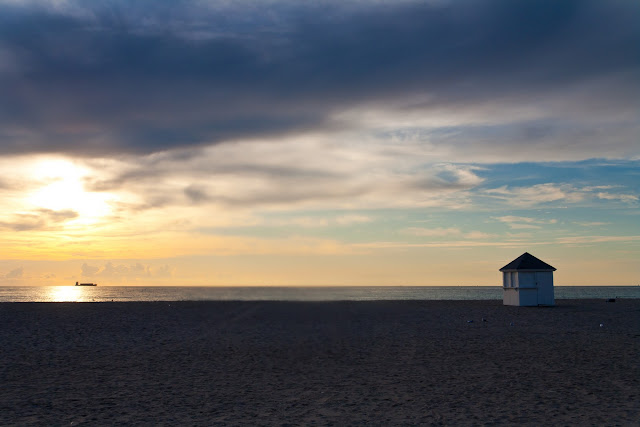 Sunset was upon us. But it was still darned hot, so my camera fogged up.

Now that the beach had (inexplicably) cleared out, it was time for a swim. I don't know why the beach emptied - the water was warm like a bath, and there wasn't any dangerous surf. 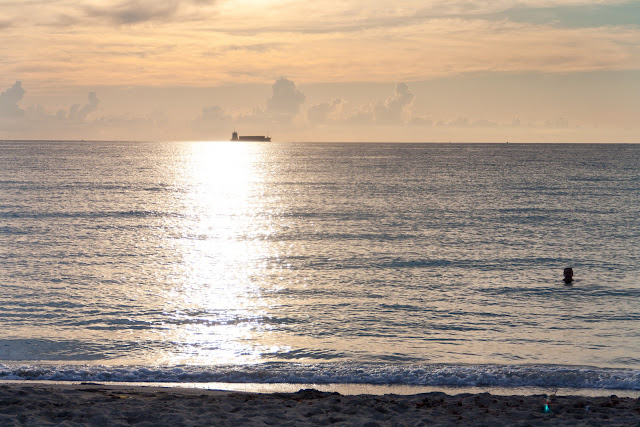 Also, it was Chris's NZ birthday on this particular day. So we had an eye-wateringly expensive lobster dinner. Nom. 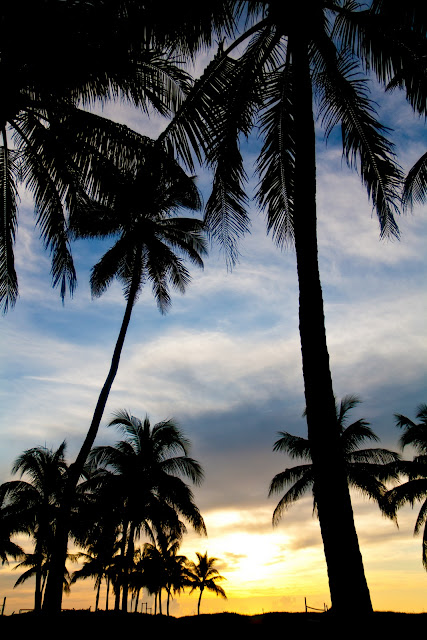 We drove back the next day via West Melbourne. That was weird. 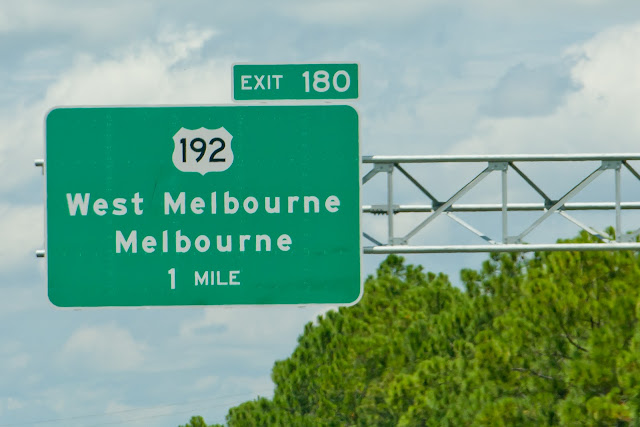 In summary? South Beach was beautiful. The weather was steamy and wonderful. Accommodation and food was crazy expensive. But it was a worthwhile overnight stay. I'd go back, and maybe spend some time down in the Florida Keys, and the Everglades. Never enough time when one is on holidays!
at 20:37