Poopy pants (but I love them)

After umming and aahing about them for almost a year, I went for it. Call me crazy, make assumptions about my failing eyesight... but I made BurdaStyle 07-2010-109 - the poopy pants. Also known as sarouels. Or, wrap pants (should that be rap pants???). Ha, I'm so hilarious. 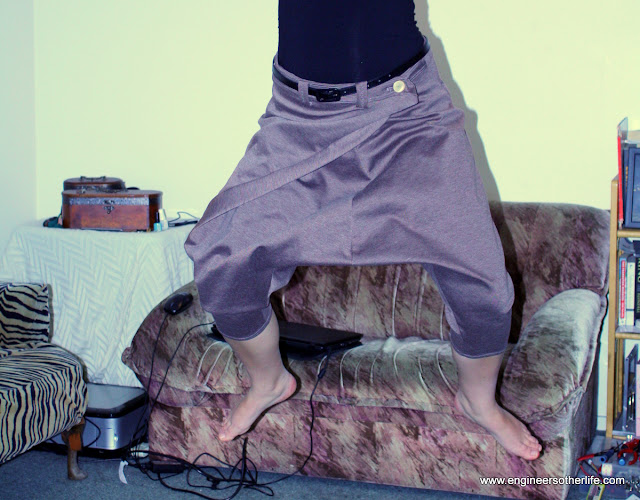 Anyway, these are AMAAAAAAAZINGLY comfortable. And less stupid looking than I had anticipated. Except when I'm jumping in the air. Then, they make me look like a frog.

They will be great travelling pants, I think. Stylish and avant-garde enough to get me into first class on the plane (I hope), but comfortable enough to sleep in if I have to.

I wasn't sure what fabric weight to use. I had a nice brown marle ponte knit with just fabric enough to cut these. It's a great weight, as it turns out. Lighter t-shirt jersey might be a bit too floppy at the waist, though I guess enough interfacing might solve that problem. I think they might also look good in a block coloured ITY knit. But DON'T make them out of patterned fabric (again, Hammer pants. Or worse - happy pants). 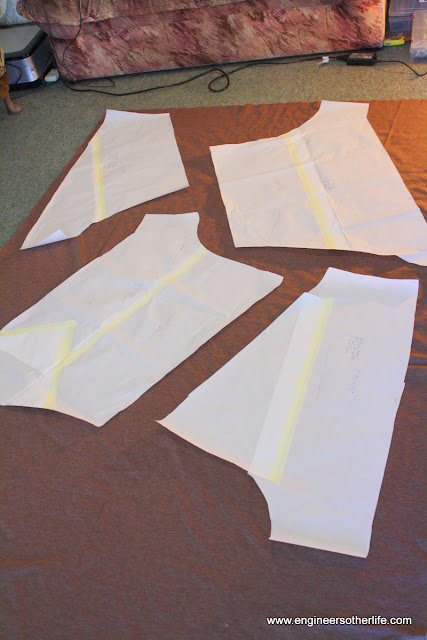 Making them was a learning experience. Do those pattern pieces seriously look like they would come together as pants?? 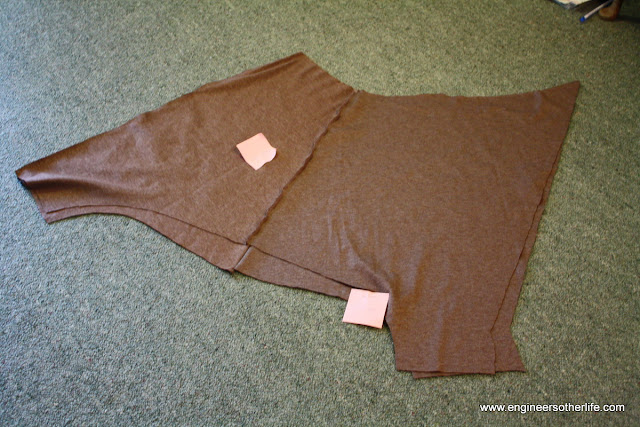 When I started sewing seams, I thought they looked vaguely like a stylised map of Australia. See, there's a Post-It on top of Adelaide, and another one near Newman. But why the Post-It's?? 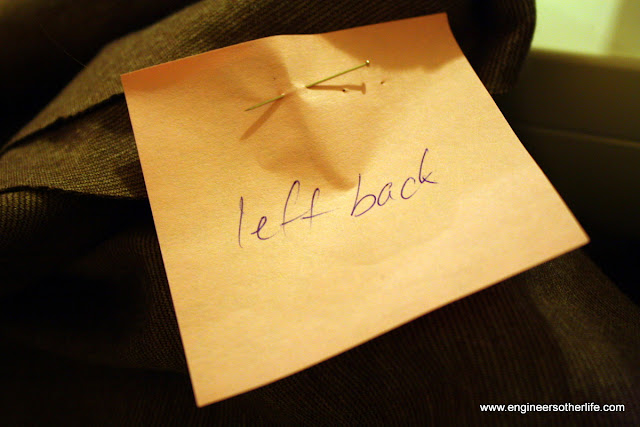 Because the pattern pieces were so oddly shaped that I was confused about left, right, back and front. The sewing instructions really didn't help much. I strongly recommend drinking wine *after* sewing this, not during or before! Confusing.

Eventually, it all came together. It didn't actually take that long to sew them, once I figured out how they went together. An afternoon's work. 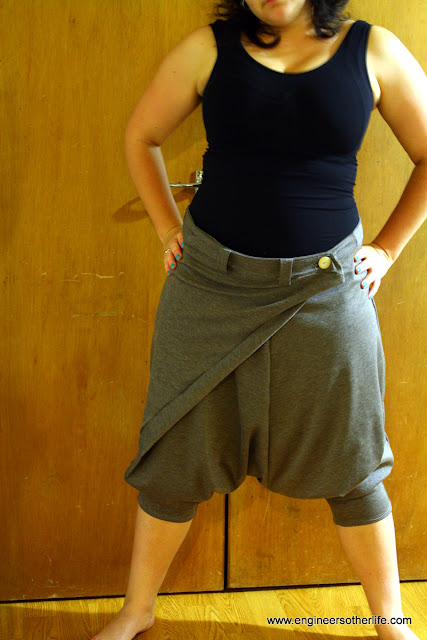 Sorry. Once more, I am standing strangely. I promise it is so you can see the pants detail. Also, I need a good belt. I just want a plain black leather(ish) one. Maybe a mens belt? Ladies ones always have unnecessary fancy crap glued on them. 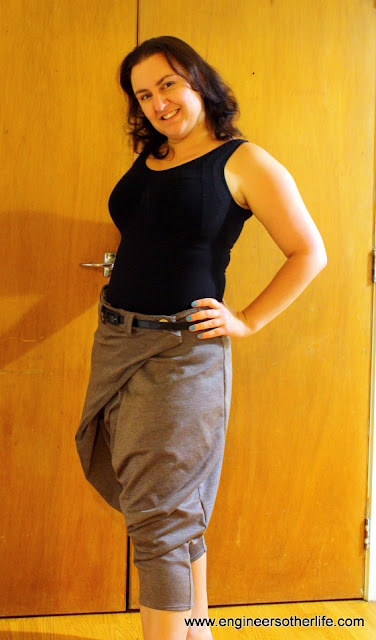 Standing a little less strangely. And very pleased with my weird poopy pants!
at 20:16