I needed something cosy. This issue of BurdaStyle was all about cosy. Probably because their January issue comes out in the dead of winter. Of course, by the time we get the issues in New Zealand, it's almost winter here too. I reviewed this pattern here. 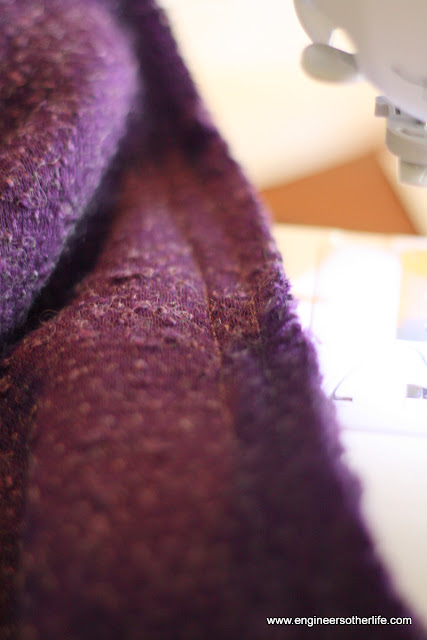 I bought this nubbly wool knit a while back. I suspect it's about 5% wool and 95% petrochemicals, but it's snuggly. In fact, the texture is a little bit like Berber carpet.

This pattern (BurdaStyle 01-2011-123) is shown as a thin t-shirt knit. It was unclear just how long it would be from their photographs (their models are often giants). As it turns out, it's pretty near knee length.

Even after what I said last week about being a size 40 with FBA - instead of a droopy 44 - I cut a 42. Yes, I am an idiot. I should have cut a 40. The photo at the top shows that I ended up removing at least 4cm off the total width after a first run at the side seams.

I did do an FBA though. You can see the altered pattern piece below. I'd say it was a moderate success. 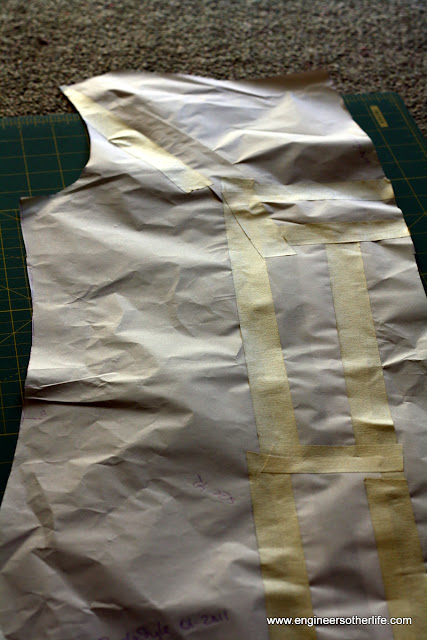 It was a very easy dress/jumper though. I like that you can chop the pattern at whatever length is right for you. Mmm, warm! 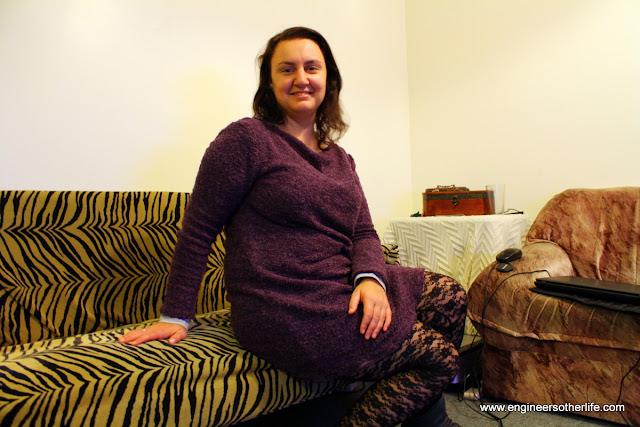