Three years without my mum 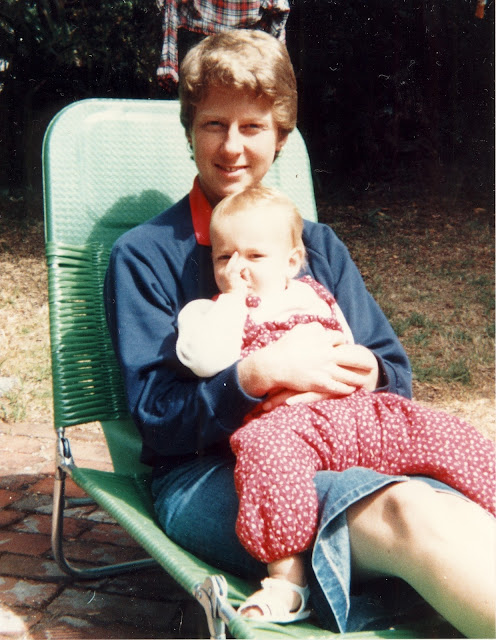 On April 9th, it will be three years since my mum passed away. I still miss her so much. Not that I thought I wouldn't, just that it hurts my heart to think about it. After I left home at 18, most weeks I would manage at least five hour-long phone calls to her. That's at least 780 hours of talking that we've missed so far! 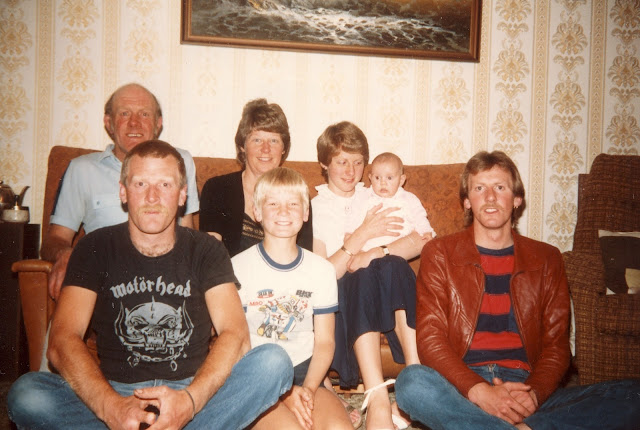 Mum made sure that on my first ever trip to New Zealand, in December 1983, that I flew first class. Well, sort of. What she actually did was booked non-smoking seats (oh my, remember that?). For some reason they over-booked them, and so Mum was obviously pretty adamant that having a baby in the smoking section was inappropriate. They told her "well, the only seats we have left are in first class", to which the most obvious response is "thanks!"

Also, note my super-cool uncles in this photo. I see Uncle Mike pretty often (he's the youngest). Happily, he is a brewer, so we can share a cold one when I go to visit his family. 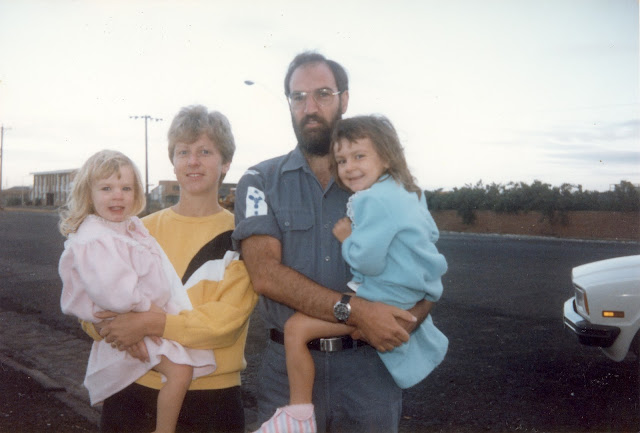 When I was a kid, I thought it was normal for people's dads to go away for weeks or months at a time. I didn't realise how unusual this was until I was about 15! I can't imagine what it was like for Mum, dealing with us littlies on her own, and probably worrying a little about what Dad was up to (not in a bad way, just thinking about his safety). So it was normal for us to spend a lot of time with Mum and not so much with Dad.

Note the awesome Cortina in the background. Can you believe this photo was in Port Melbourne?? It's a little more built up now! Dad (as far as I know) still has this as his 'family photo' on the desk at work. Seeing as he has always worked with the same people, I guess they realise that Megan and I are a bit too grown-up to be carried around now... 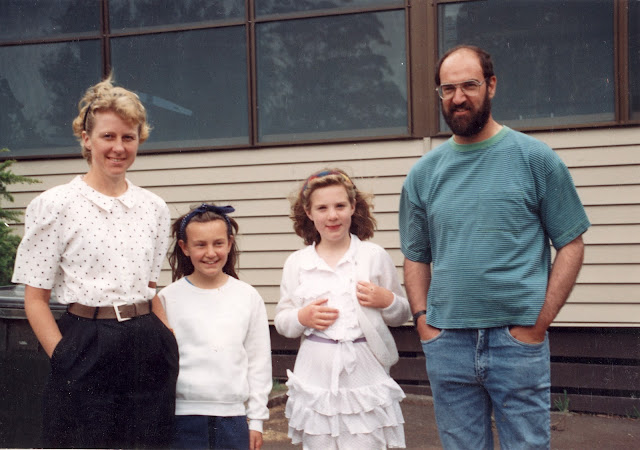 Note that my sister had overtaken me in height by the time we were at school! We were (are?) like chalk and cheese, at least in looks. Mum always made sure we were dressed neatly, whether it was clothes she made or purchased. She stopped worrying about which clothes we *chose* to wear when we were old enough to make our own decisions about looking stupid in public.

I'm glad Mum gave us the freedom to be ourselves, but with her guidance (and her own example) I think both Megan and I have come out of it with our independence and personal styles intact. I appreciate that she taught me to sew, too. 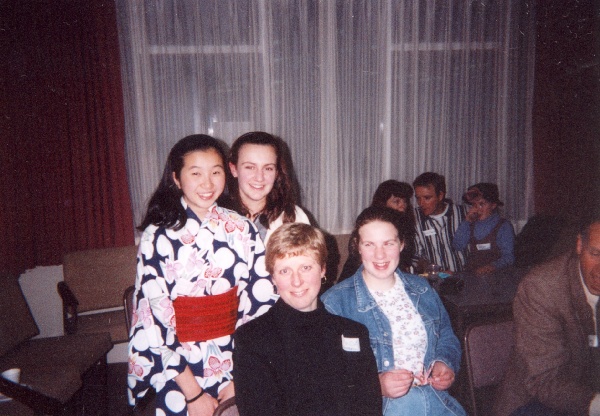 Our 'Japanese sister' (exchange student) came to stay for a month when I was in Year 8. Dad was away for most of this time. Mum made a big impact on Tomomi, and we were all glad to have the opportunity to meet someone new. Tomomi was (and is) very thoughtful, and was as devastated as we were when Mum was ill. 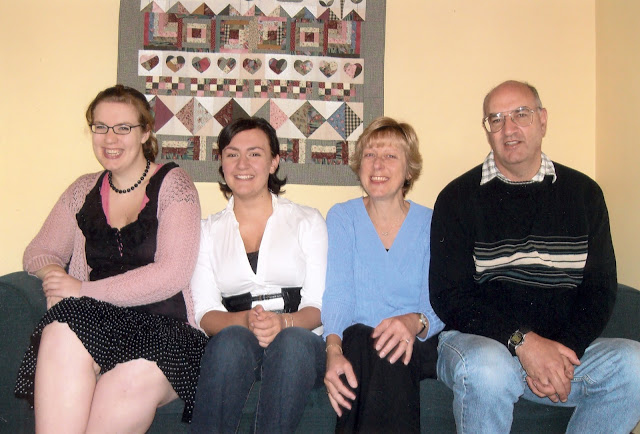 This was our second-last family Christmas, and the last one where Mum was well enough to really take part. We are all nearly wetting ourselves laughing in this photo - it didn't quite work out as planned (which sums up many of our family endeavours I suppose - things go wrong, and everyone laughs until they cry!). Megan, Dad and I had arranged ourselves neatly on the couch while Mum set up the auto-timer. We, um, forgot that Mum *also* had to fit on the couch. So, after we all panicked a little, she ran over and sat ON me and Dad. Maybe you had to be there... but it was pretty funny :-) I think Mum was pretty proud of Megan and I being the first in our family to go to university. We had a lovely day at my graduation and were lucky to share the celebration with some wonderful friends.

The saddest thing for me is that this is pretty much where the story ends. It's not that I don't have other family and good people in my life. But there was only one Mum, and there was so much more that I wanted us to share.
at 18:13