I travelled south for the long weekend to visit my family. I promised myself that I'd stop to take photos, if only to stretch my legs. As it turns out, it was lucky that I did this on the way down there as it bucketed rain the whole way home...

The journey was mostly done in one day, but I've broken it up into bite-sized chunks for the blog. I took some shots that are typical (to me) of New Zealand's North Island - if you are thinking of travelling here (or are just curious) feel free to ask questions!

I left Auckland at 6:45am. Actually, that's not quite right. I left home then, fuelled up at a nearby truck-stop, and then waited for 45 minutes while they brought me a replacement battery. Five hundred dollars later and I eventually got out of my suburb... 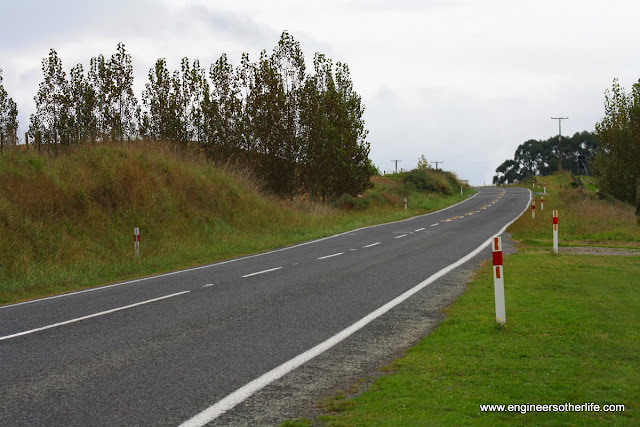 The road was clear, the ute was working, and I was on my way. My boss had given me a tip for the 'secret route' through Hamilton, turning left at Te Awamutu, and travelling along some VERY rural roads until getting to the highway near Mangakino. Aside from all the freshly sealed roads, it was a pretty good journey. 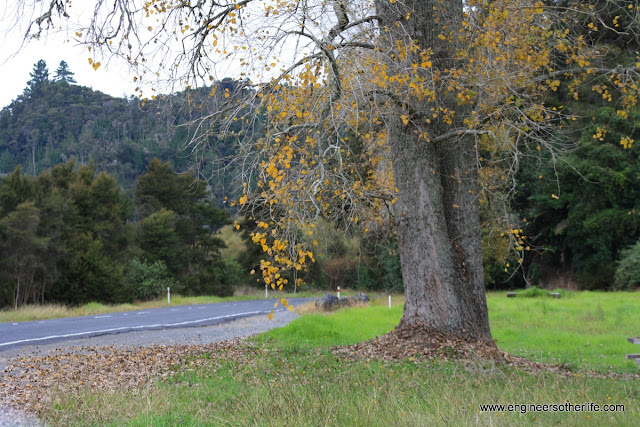 Even the rest stops were pretty. This one was near Lake Waipapa. 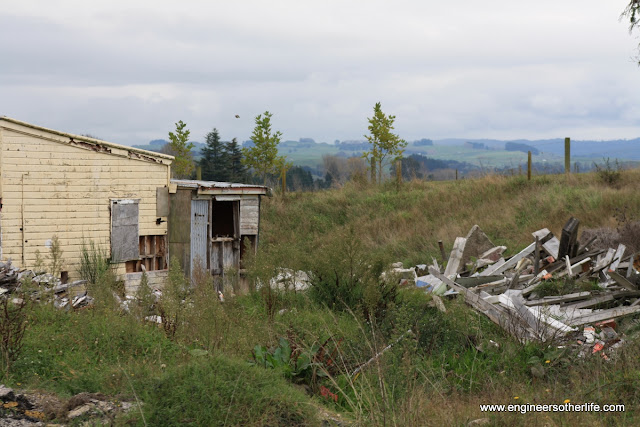 This image was so typical of many of the small towns I passed through, and I found it immensely sad. Service stations, shops, even houses and farms... abandoned. Presumably there isn't enough work to make a living, and people have literally downed tools and left town. 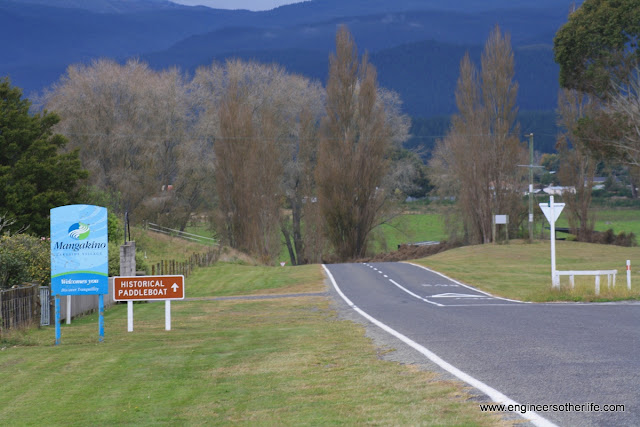 Mangakino itself was pretty - can you believe the colour of those hills?? After living most of my life in Victoria, it's hard to believe the richness of colour here. It's amazing what a decent annual rainfall can do! 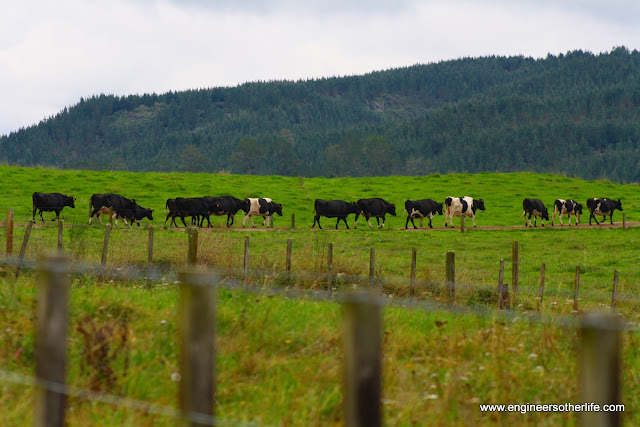 I don't know where these cows were going, but I liked that they were so orderly about it! There wasn't any feed along the track, but they were doing laps as though they were training for a very plodding footrace.

Stay tuned for the next part of the journey - the Desert Road.
at 21:16