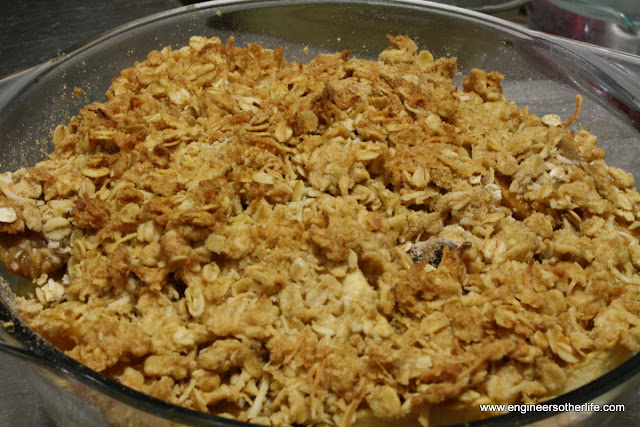 So, I was GOING to make this recipe from The Blue Cookbook. 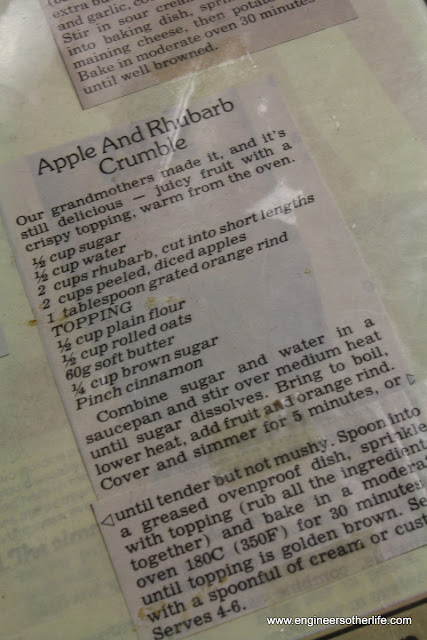 But then I realised that I didn't have rhubarb. Or an orange. And I like my crumble to have coconut in the topping.

I guess you could say I was inspired by The Blue Cookbook to make a crumble that bore almost no resemblance to the above recipe! So here is what I did:

Peeled and chopped about five apples. And a couple of feijoas, because I had some. They look gross, but taste good. 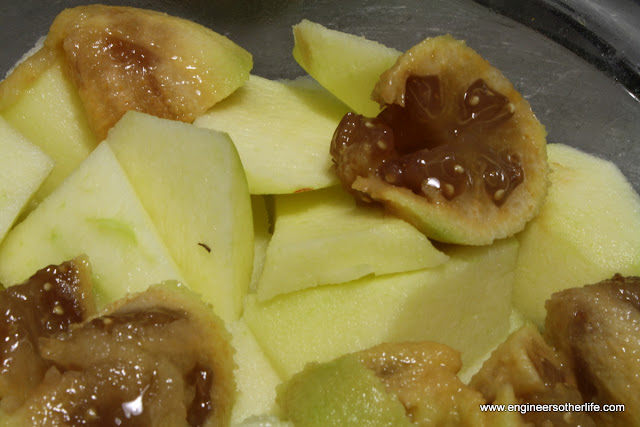 Then I sprinkled them with just a little white sugar. My sugar has vanilla beans stored in it, so it's pretty tasty. You could stew the apples, or use tinned fruit. I kind of like my apples to retain some crunch though, so I didn't pre-cook them. 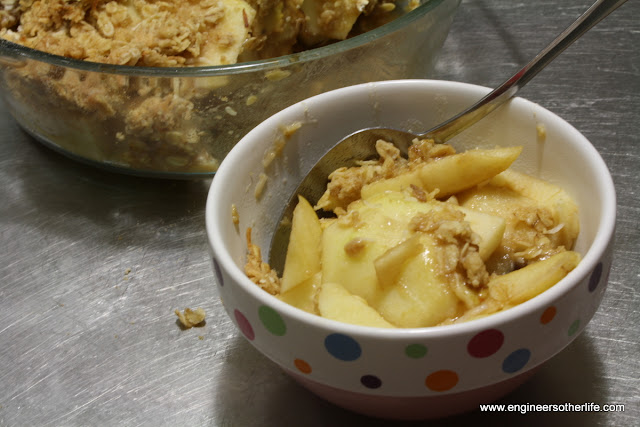 Then I cooked it at 180C for about half an hour. My apples were cooked, but with a tiny bit of crunch left. This was an all-round delicious wintry dessert. It's not quite a health food, but as desserts go at least it has a little nutrition mixed in with the butter and sugar!
at 19:23