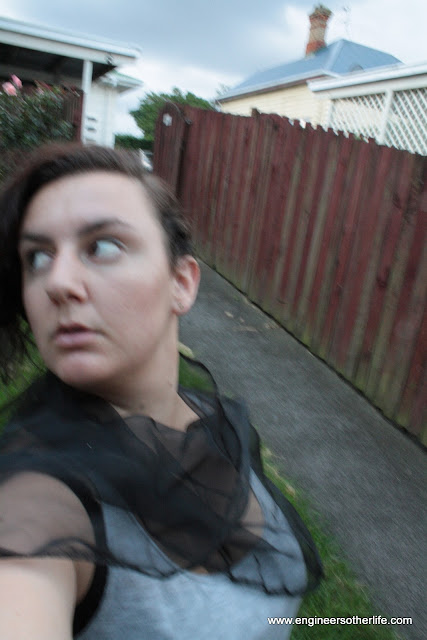 This was inspired by BurdaStyle 12/2010. I really like sheer fabrics. Chiffon has featured on this blog before - it was tricky to cut straight, but no real problem to sew.

Organza, however... it's different. It's crisper than chiffon, and slippery. Really slippery. It has a lovely sheen though, and an amazing clarity. Imagine 10 denier stockings, but crunchy!

Anyway, I took the longest piece of organza that I had - just over a metre. Ideally, it would have been 30 centimetres longer, but this was just a scrap I had in my stash. It is about 45cm wide.

I sewed a short (0.8mm) straight stitch 1cm from each long edge. I folded along the stitch line, sewed a tiny wee zig-zag to minimise fraying, and trimmed. If I wasn't lazy, it would have looked nicer with a handrolled hem, but... I am lazy. 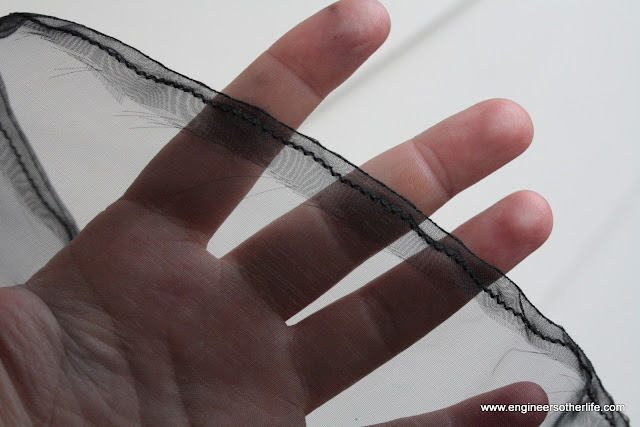 To join the circle, I lined up the short edges with the wrong sides of the fabric together. I sewed 1cm in from the edge, again with a short straight stitch. I trimmed very close to the stitching, and finished the French seam. 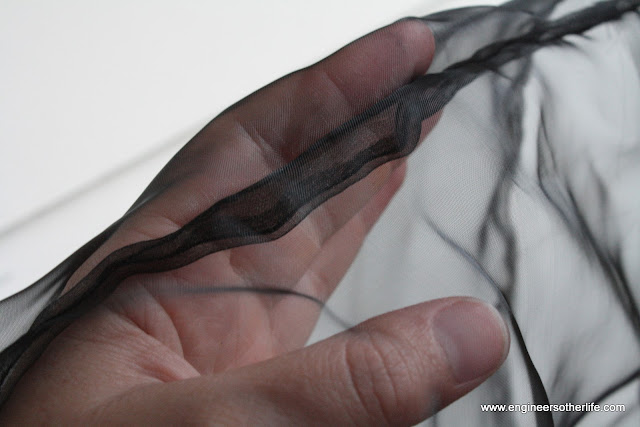 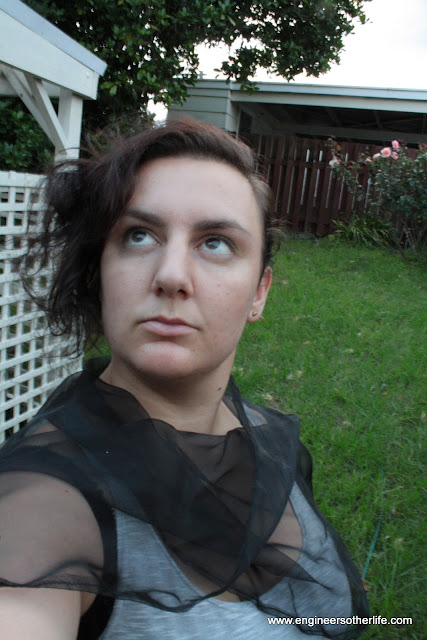 Anyone who has patience with organza could make this - hahaha it's a rectangle joined together!

P.S. This is officially Auckland's hottest summer. Apparently, it's been pretty damp, too. Look what happened to my $50 stainless steel rotary cutter after two weeks of humidity!! Time for some new blades... sigh. 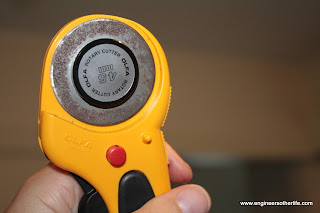