Jen was talking about pies at work the other day, and then they were all I could think about. Generally, pies are gross. They're fatty, gristly, and never as good as you hope they will be.

Alas, remembering their disgustingness did not put me off. Instead, I decided to make one with ingredients I already had at home.

An onion (cut up small... or chunky, if that's how you like it)
A packet of mince (700g)
250g mushrooms (quartered)
A tin of four bean mix (drained)
A sheet of shortcrust pastry
A sheet of puff pastry
Cornflour (about a tablespoon)
And... a tin of tomato soup.

It's best if you use the brand with your name on it! 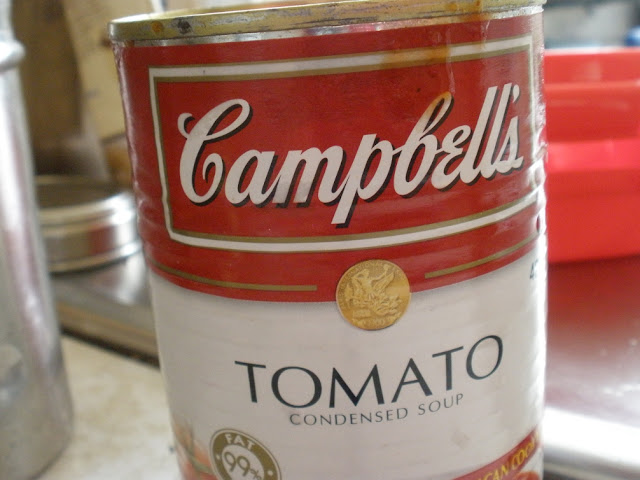 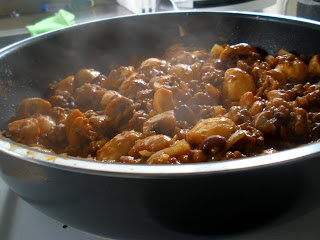 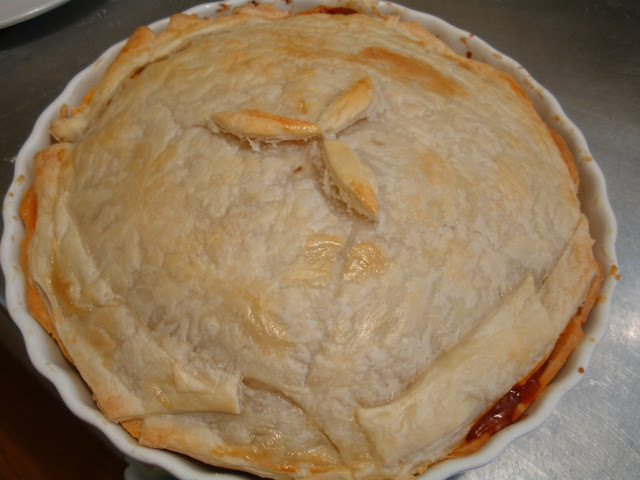 Wow! Yum! For an experiment, this turned out really well. And the pie could only hold about half the filling, so I froze the rest to use as a pasta sauce on another night. 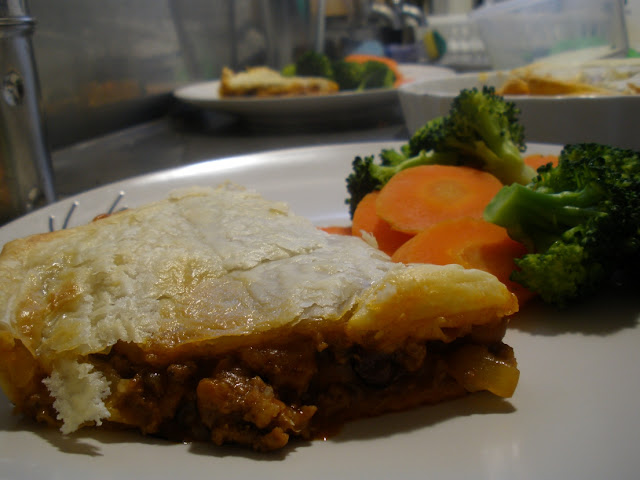