I'm hungry, it's cold, and Chris is not inclined to eat meals without a surfeit of meat.

This is my version of stroganoff. I don't claim to have Masterchef-like powers of historical accuracy regarding the recipe. I also don't care. 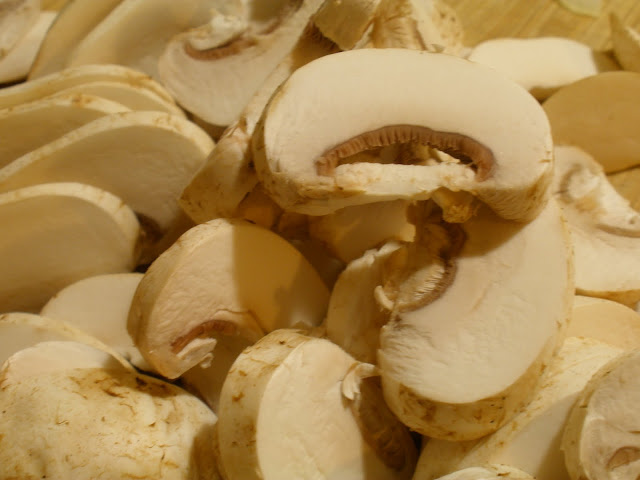 400g chopped up beef (whatever cut you have - cheaper cuts just need longer, slower cooking)
an onion
a blob of minced garlic
a much bigger blob of tomato paste
a tin of light evaporated milk
spoonful of cornflour
sliced mushrooms (however many you want)
rice

1. Brown the beef. Throw everything else except the rice in. Stir well. Simmer til your meat is soft.

Note: I'm a big fan of hidden vegetables*. I throw in a handful of frozen peas, leaves of baby spinach... whatever I can find. Just increasing the vitamin content without extra dishes.

*This technique is aimed at children. I can assure you that it also works on adults. Unless you actually want to disguise the vegetables through pureeing, grating, or similar (too much work!), I suggest only adding enough of any one vegetable that it would be more annoying to pick it out than to just eat it. 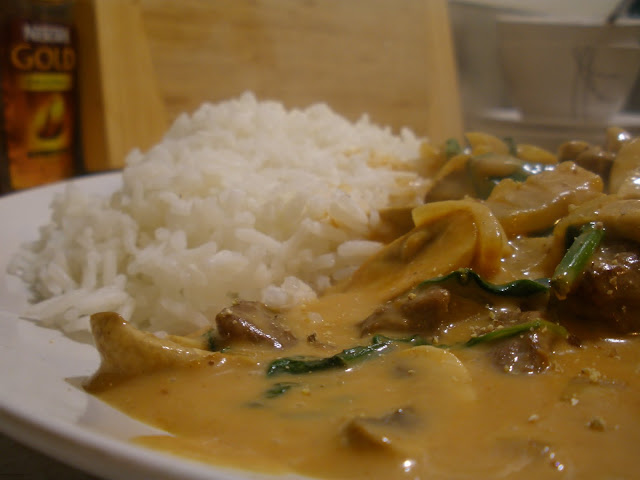