Life through a lens - Mangere Bridge 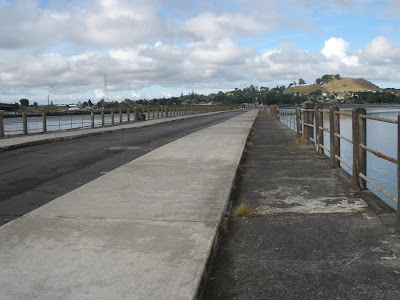 Firstly, let me make this clear - I want to live in this suburb. It's pretty, oddly secluded given that it's adjacent to a motorway, 10km from the city and less than 5km from the airport.

So while everybody else in the world was eating chocolate or attending church, I was being a heathen and finding things to love about Mangere Bridge. The volcano in the background of this photo is just one of those awesome things about Auckland.

Firstly, the bridge. What can I say, I'm an engineer, and I like bridges. So there. It's hard to believe that until the motorway opened in 1983, this was THE main link between the airport and the city. Now, it's used by fishermen, cyclists, wanderers like me, and at least one idiotic motorcyclist. It's slowly sinking, and bits seem to be falling off it.

But that's okay, because there is the current motorway bridge, and another one being built alongside it which will be finished by the end of winter this year. 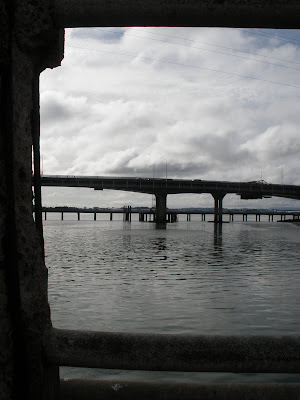 And I love this 'road to nowhere' section of old carriageway on the Onehunga side of the bridge. I find these odd little bits of abandoned history so intriguing. 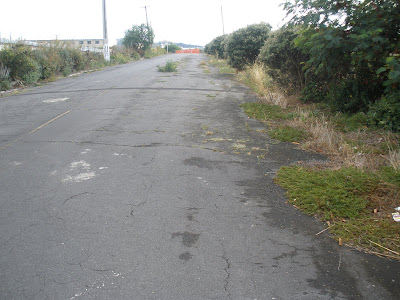 There are also really lovely views back towards the city, such as this (looking towards One Tree Hill). 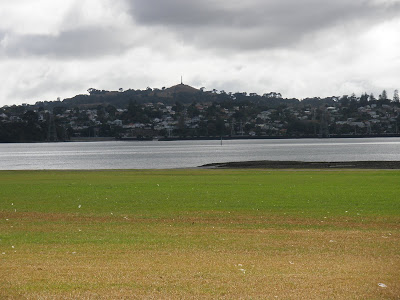 The best view from a soccer field that I've ever seen. 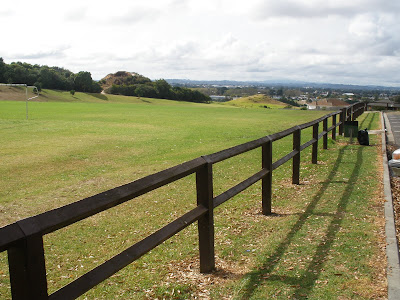 And of course, Mt Mangere itself. 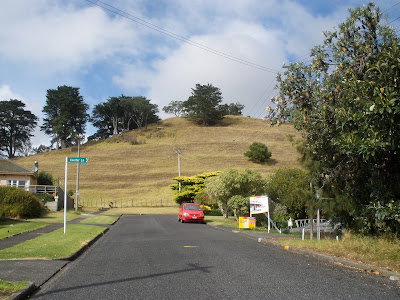 Not a very spectacular photo, but have you any idea how hard it is to take a good photo of a big hill?? You'll just have to visit for yourself.
at 12:12