Each week, I'm going to consume something that I have never tried before.

This week, it was some sort of candied pachyrhizus. I had no idea what this was. It seems to be similar to kumara, judging by the colour and the picture on the packet. 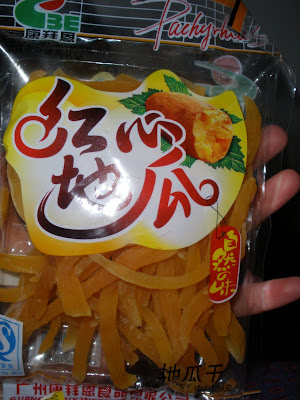 It tastes exactly like lolly snakes without the flavour. Meaning, it's a sweet jellied texture, with little else to recommend it. But it's not bad, at least. 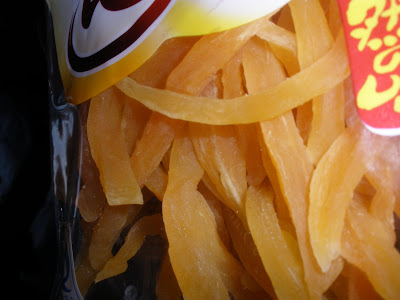 I still have flashbacks to the tube of durian we tried in Phuket. I think Nessa and I decided it was a taste of 'rotten mangoes, with an aftertaste of vomit'. Or similar.